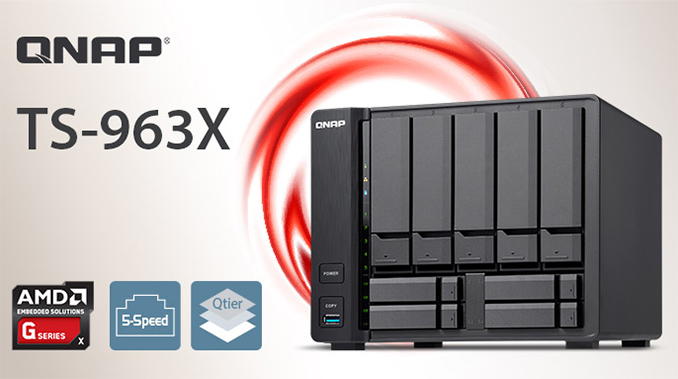 QNAP this week has taken the wraps off of their new 9-bay NAS family, the TS-963X series. The new storage devices sports a mix of 3.5-inch and 2.5-inch drive bays with support for the company’s Qtier file/data tiering technology, and also features integrated 10GBASE-T connectivity. Being the first 10GbE-enabled NAS in its class, the QNAP TS-963X products are primarily aimed at small businesses that need high capacity and fast access time.

The QTS 4.3 can also support various first-party and third-party apps that can further enhance functionality of the QNAP TS-963X. For example, the Hybrid Backup Sync can synchronize files with local, remote, and cloud storage; the QVR Pro offers features required by a surveillance solution; whereas Virtualization Station enables users to host virtual Windows/Linux/Unix machines on a NAS (the TS-963X is VMware as well as Citrix ready, and is Windows Server certified). 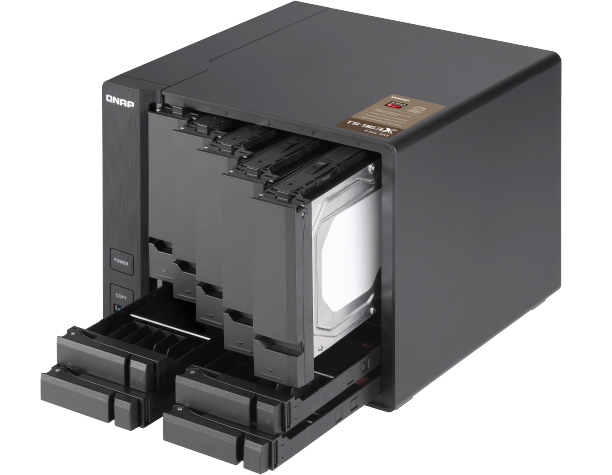 One of the key features of the QNAP TS-963X NAS is integrated 10GBASE-T network card that supports 10 GbE, 5 GbE, 2.5 GbE, 1 GbE, and 100 MbE speeds. The TS-963X is one of the first NAS for small businesses to feature 10 GbE and multi-gig connectivity over an RJ45 connector using Cat5e/Cat6 cabling. As 10GBase-T and NBase-T networks become more widespread, 10 GbE NICs inside SMB-oriented NASes will become more widespread, but for now the TS-963X will offer this feature exclusively. QNAP’s NAS uses Aquantia’s relatively affordable AQtion AQC107 network chip, so the capability does not necessarily increase its pricing significantly. 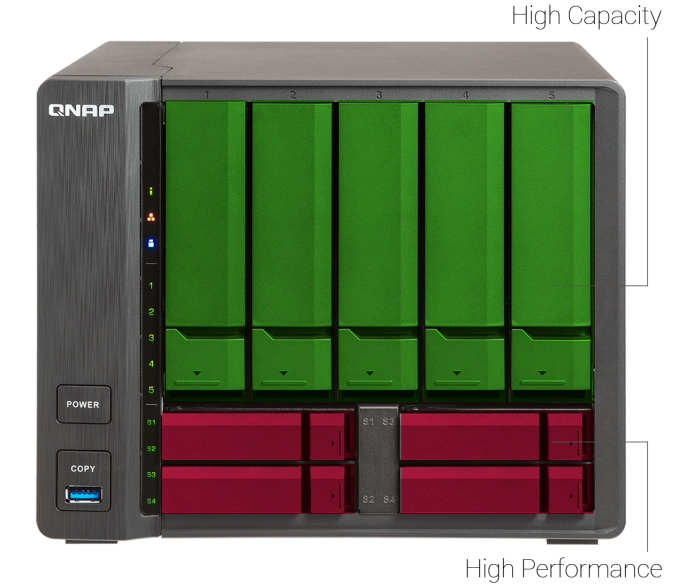