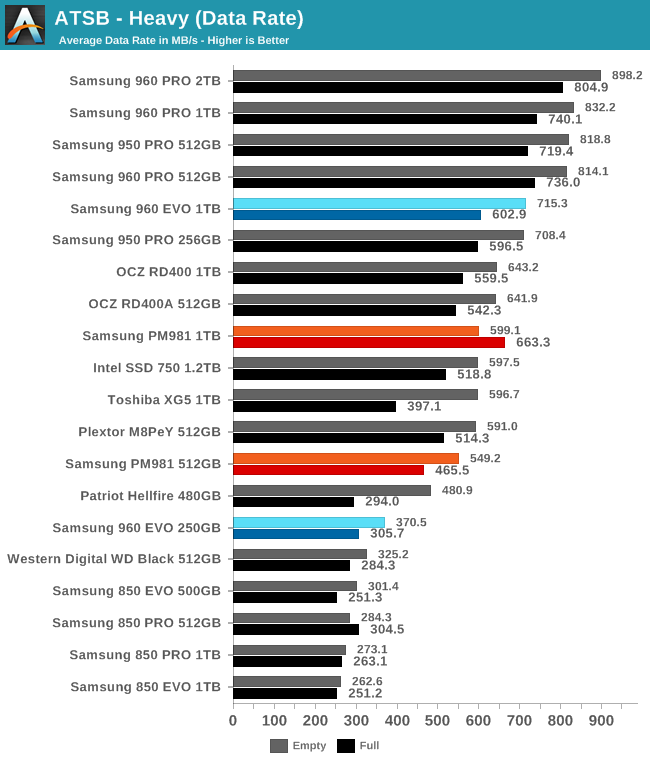 On the Heavy test, the average data rates of the 512GB Samsung PM981 again lag slightly behind most MLC-based NVMe drives but are clearly ahead of the competitors' TLC drives. The 1TB PM981 is behaving a bit oddly with slower than expected performance after a secure erase, but great performance when filled. 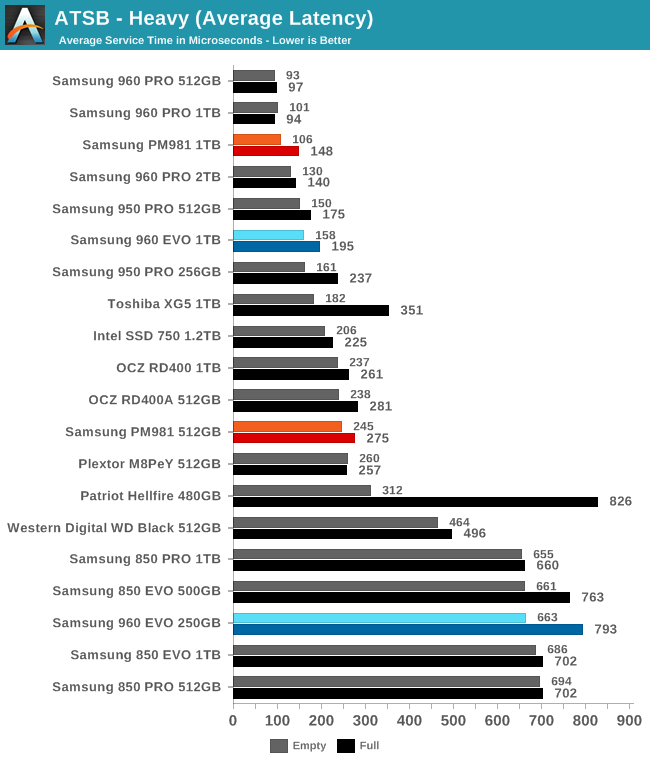 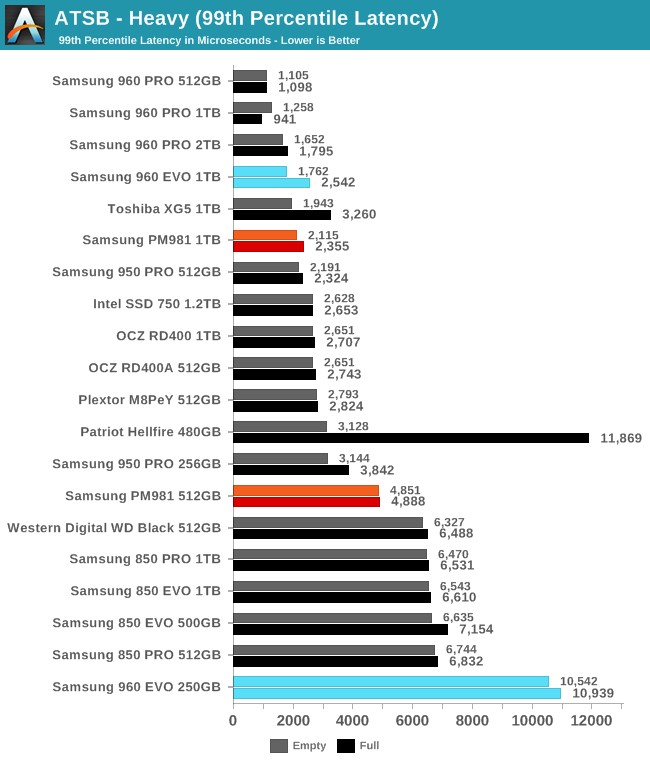 The average latency of the 1TB PM981 is a significant improvement over the 1TB 960 EVO, while the 512GB PM981 doesn't stand out from the other 512GB drives. The 99th percentile latencies aren't particularly good, and the 512GB PM981 scores worse than almost all the other PCIe SSDs of that size. 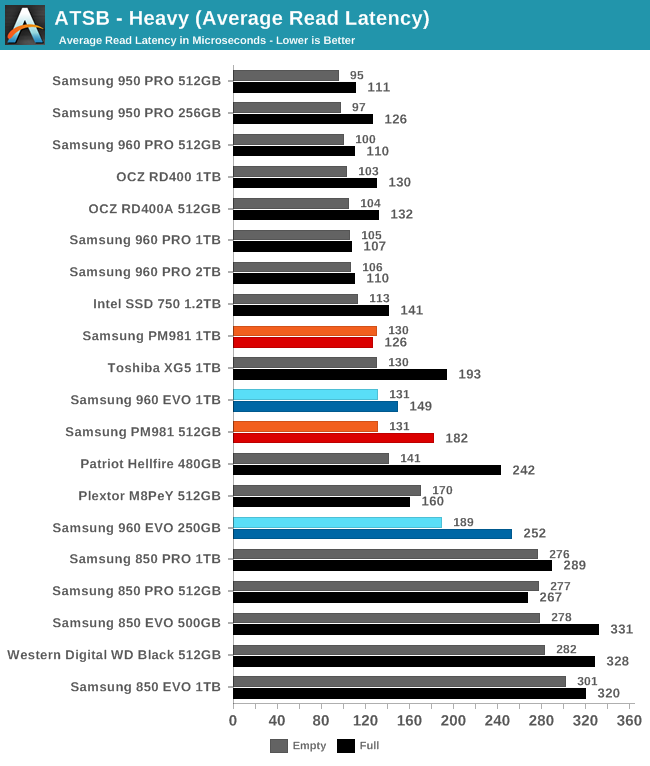 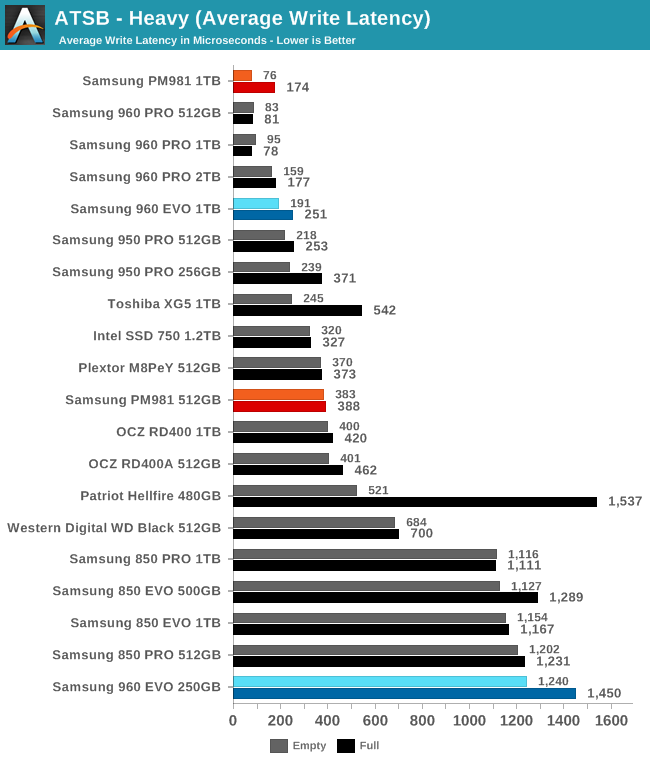 The average write latency of the 1TB PM981 is excellent especially when the test is run on an empty drive. Average read latencies for both drives are decent but aren't a big improvement over their predecessors. 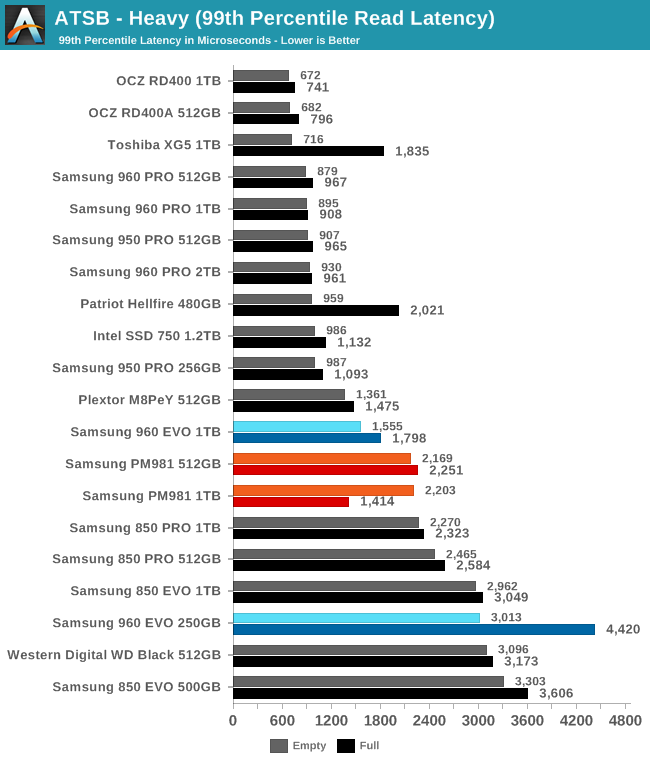 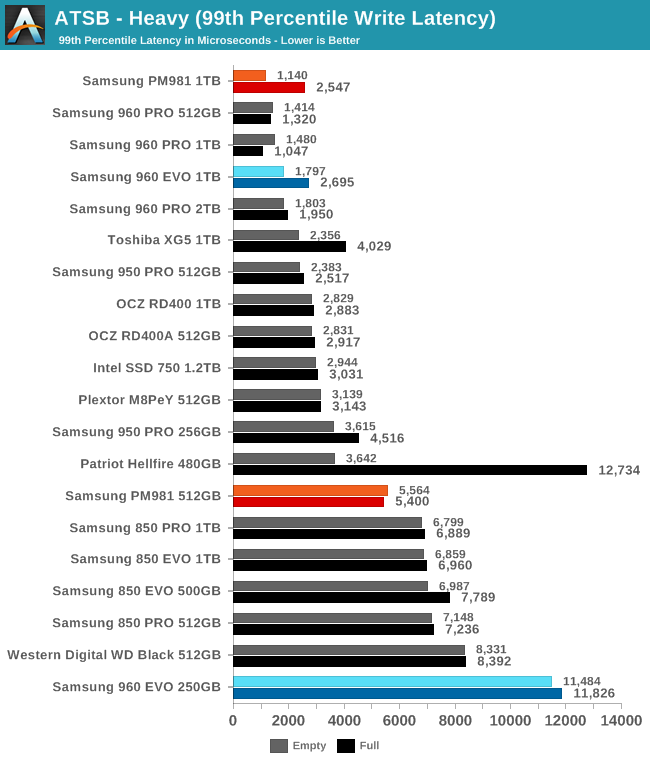 The 99th percentile read latencies are one of the few ATSB scores where the TLC-based nature of the PM981 shines through. Many MLC-based SSDs are much better at keeping read latency under control, and the TLC-based Toshiba XG5 also scores much better than the PM981 here. The 99th percentile write latency of the 1TB PM981 is pretty good, following suit to the average write latency, while the 512GB model could use some improvement.