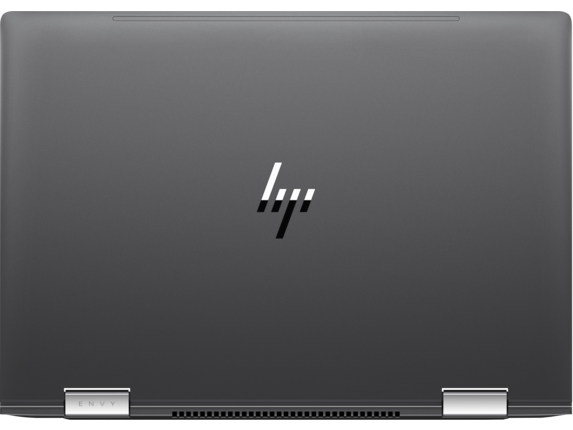 As part of the launch for the new Ryzen Mobile platform from AMD, HP is today announcing a refresh of their HP ENVY x360 15-inch laptop which features the AMD Ryzen 5 2500U processor. This refresh is based off their existing AMD FX series x360. The HP ENVY x360 has been a popular platform for HP, offering a fully convertible laptop with a 360° hinge, offering traditional laptop weight balance, along with stand, tent, and tablet modes to increase the versatility.

But the star of the show is going to be the Ryzen Mobile processor. HP is offering the Ryzen 5 2500U option, which is four cores, eight threads, and a 2.0 GHz base frequency with 3.6 GHz boost frequency. As with Intel’s CPUs, it has a 15-Watt nominal TDP. HP has paired it with up to 8 GB of DDR4 RAM in dual-channel mode.

The GPU side is where we expect Ryzen Mobile to have an edge, thanks to the Radeon Vega graphics core. In the Ryzen 5 2500U, this means eight Radeon RX Vega CUs, with a boost frequency of up to 1100 MHz. It’ll be exciting to see what this integrated graphics core will be able to achieve with just a 15-Watt TDP.

The CPU change is clearly the big change. The rest of the laptop is similar to the existing HP ENVY x360 15-inch model. It offers up to a 512 GB SSD, or 1 TB SATA HDD, and features Intel 802.11ac wireless. The display is a 15.6-inch IPS 1920x1080 panel, featuring thin side bezels and edge-to-edge glass. The laptop features an IR webcam for Windows Hello support, and offers a full-size backlit keyboard with a number pad as well. The laptop weighs in at 4.75 lbs. 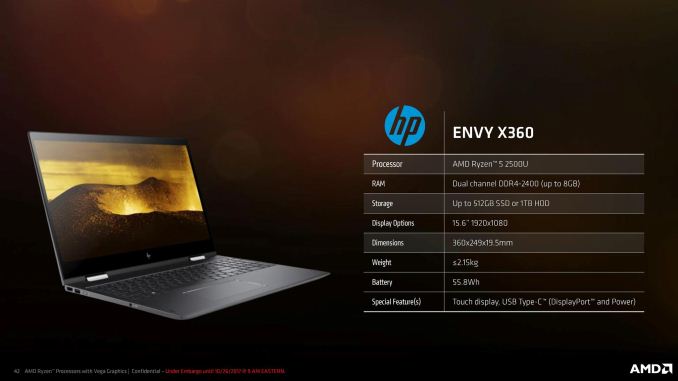 For connectivity and more, the HP ENVY x360 offers USB-C with DisplayPort and power capabilities, and HP lists the laptop as able to drive two UHD displays. HP’s partnership with Bang & Olufsen continues as well, handling the audio duties. It also features a stylus for Windows Ink.

The Ryzen Mobile powered HP ENVY x360 starts at $699, with availability in November.