This section looks at how the My Passport SSD behaves when subject to real-world workloads. 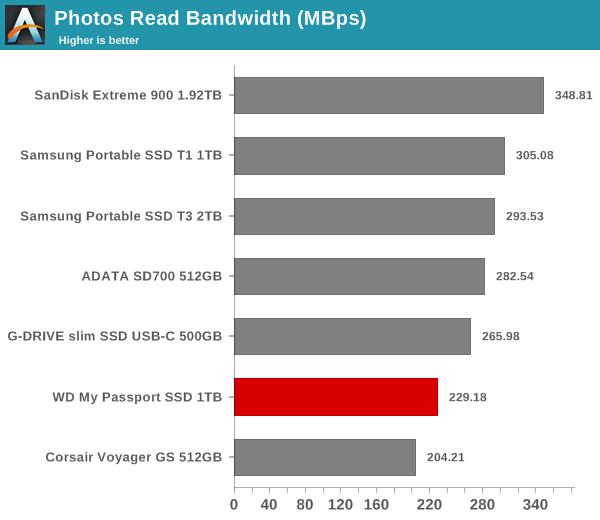 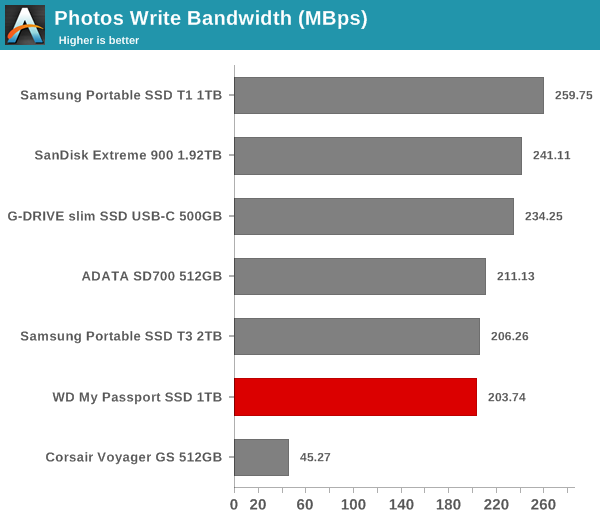 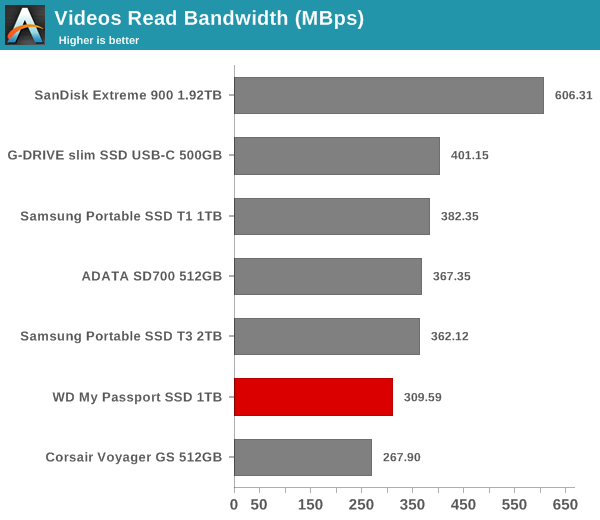 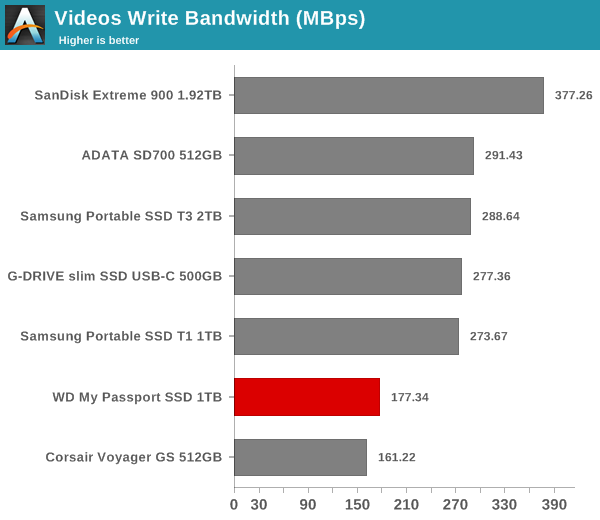 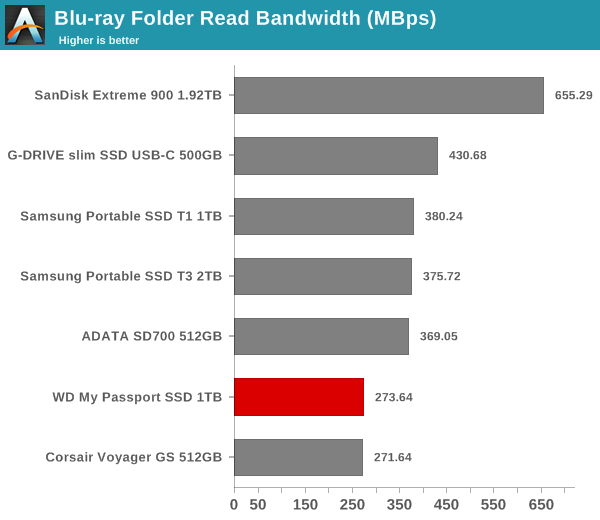 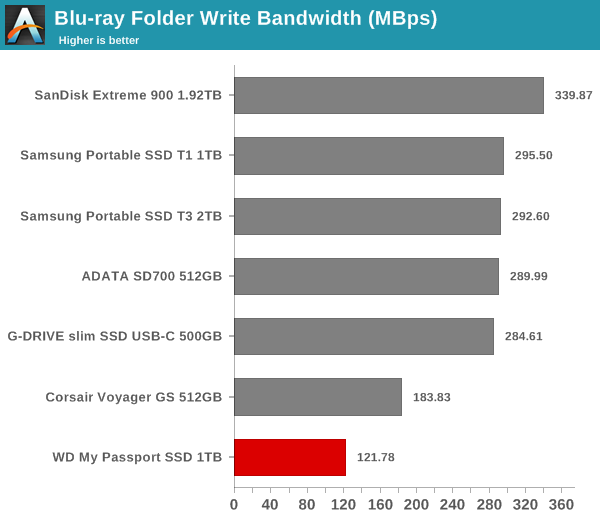 ​We defer the analysis of these numbers to the performance consistency subsection. 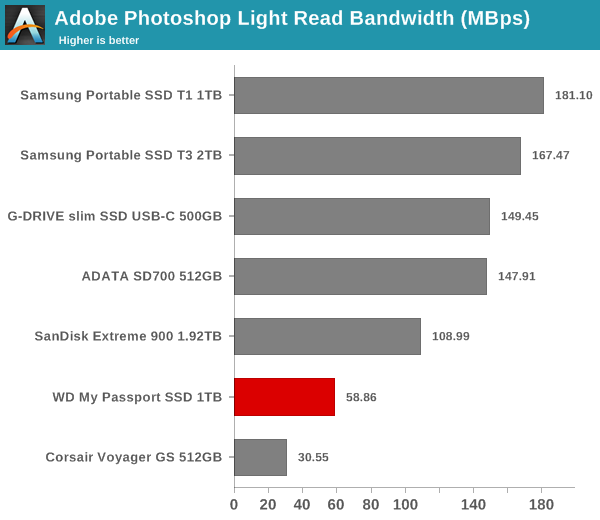 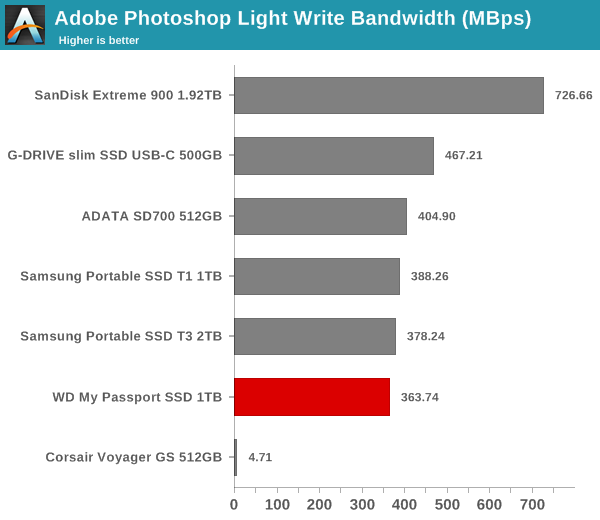 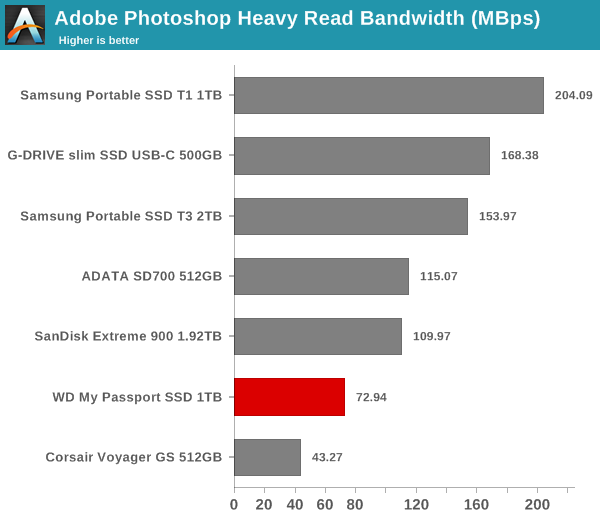 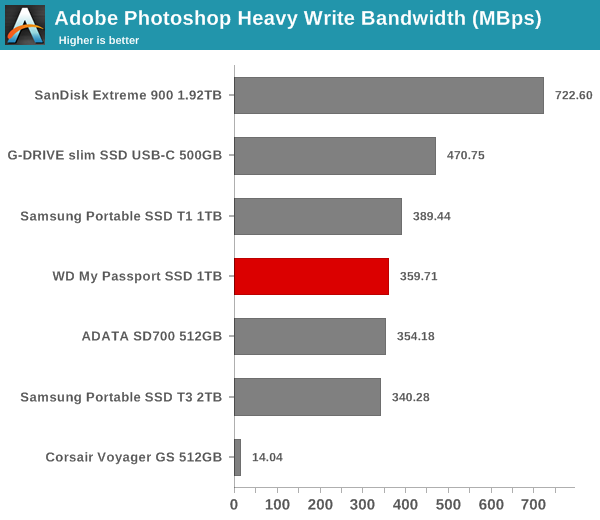 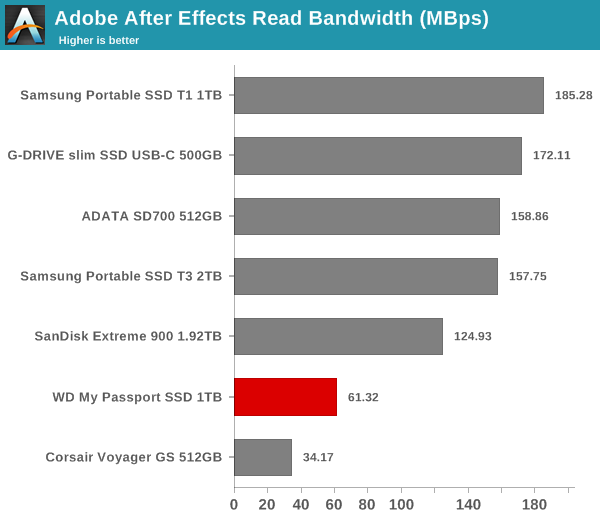 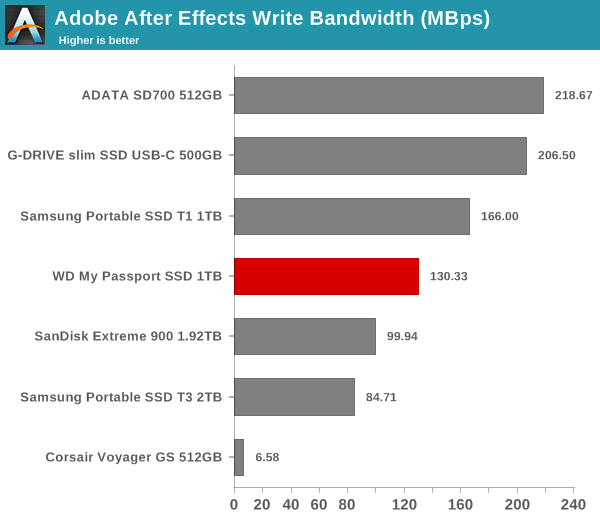 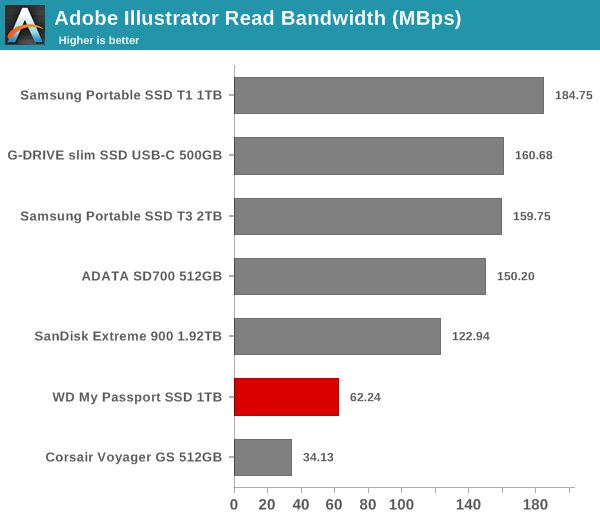 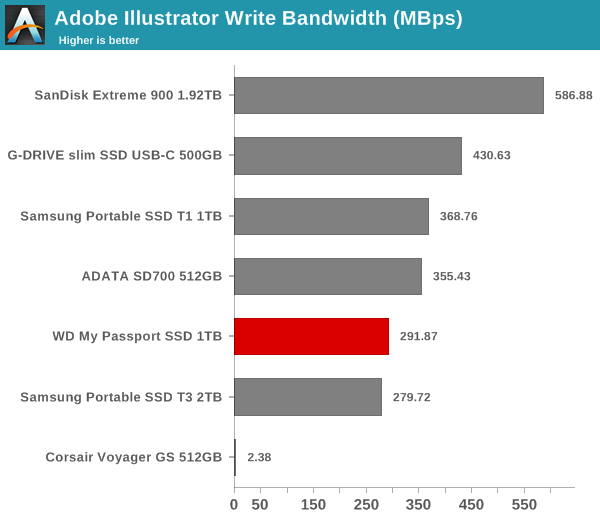 Yet another interesting aspect of these types of units is performance consistency. Aspects that may influence this include thermal throttling and firmware caps on access rates to avoid overheating or other similar scenarios. This aspect is an important one, as the last thing that users want to see when copying over, say, 100 GB of data to the flash drive, is the transfer rate going to USB 2.0 speeds. In order to identify whether the drive under test suffers from this problem, we instrumented our robocopy DAS benchmark suite to record the flash drive's read and write transfer rates while the robocopy process took place in the background. For supported drives, we also recorded the internal temperature of the drive during the process. The graphs below show the speeds observed during our real-world DAS suite processing. The first three sets of writes and reads correspond to the photos suite. A small gap (for the transfer of the videos suite from the primary drive to the RAM drive) is followed by three sets for the next data set. Another small RAM-drive transfer gap is followed by three sets for the Blu-ray folder. An important point to note here is that each of the first three blue and green areas correspond to 15.6 GB of writes and reads respectively. 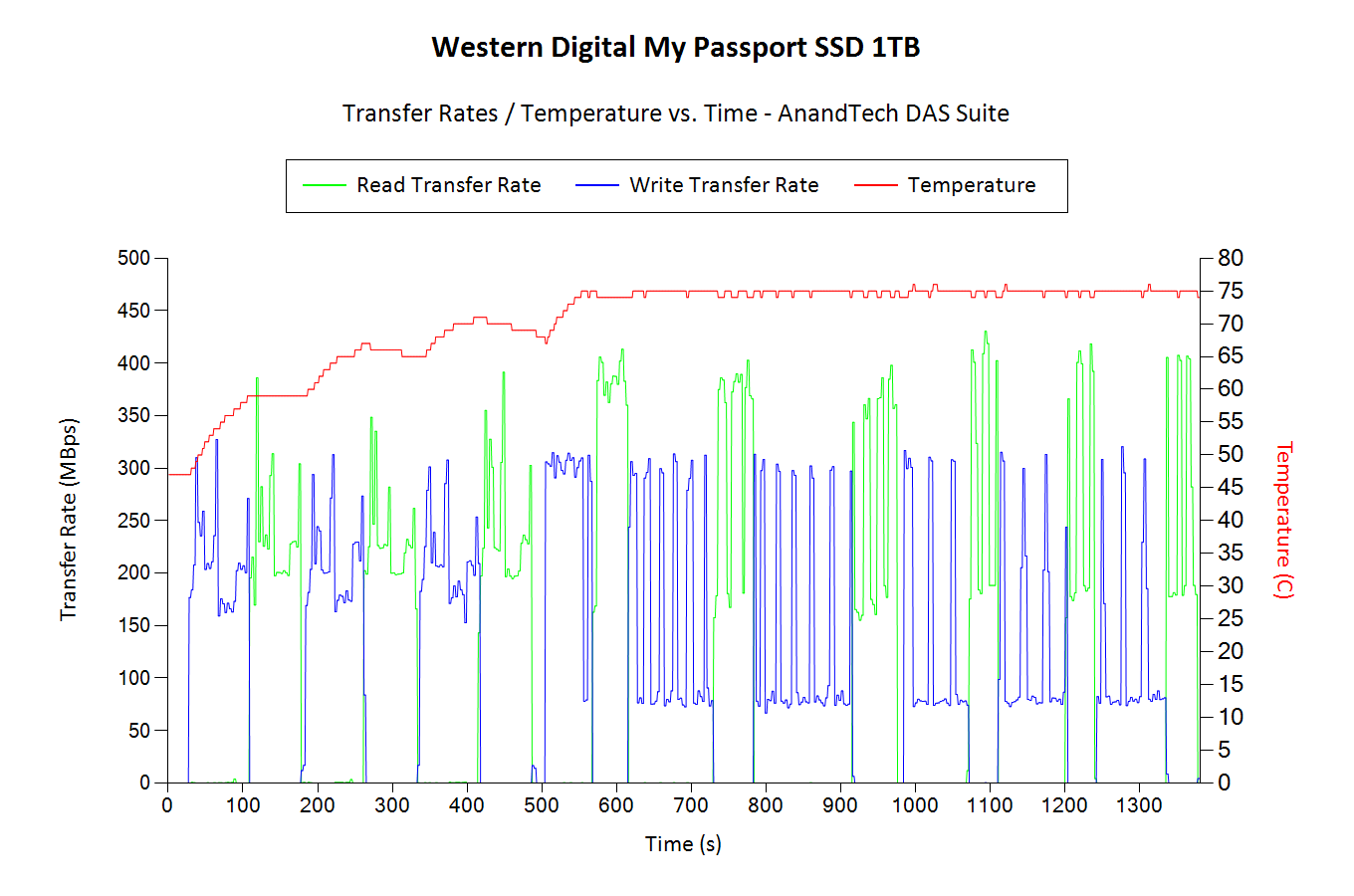 In the case of the My Passport SSD, throttling doesn't activate until the temperature reaches 75C. This happens after more than 100GB of data has been transferred in a sustained manner. For a mainstream device, Western Digital indicates that this is an acceptable limitation. Note that the drive starts out at 45C in this case (since we start the process right after the CrystalDiskMark benchmark is done). Consumers can expect around 150GB of sustained transfers at the highest possible bandwidth when the My Passport SSD is plugged in fresh.