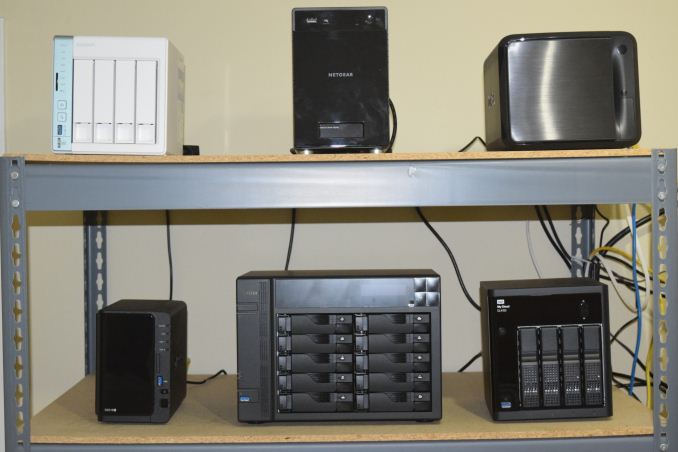 The market for network-attached storage units has expanded significantly over the last few years. The rapid growth in public cloud storage (Dropbox, OneDrive, Google Drive and the like) has tempered the expansion a bit amongst consumers who are not very tech-savvy. However, the benefits provided by a NAS in the local network are undeniable, particularly when public cloud services can act in a complementary manner. Enterprise users obviously need NAS units with different performance and feature requirements. Our NAS reviews have focused more on the performance aspect. With feature set and ease of use becoming important across all market segments, we believe that a qualitative evaluation of the different commercial NAS operating systems is needed to educate consumers on the options available. The core features were addressed in a comprehensive overview last month. Today, we take a look at three of the top value-additions to NAS operating systems.

The core aspects of NAS operating systems include the user interface, storage management features and services and configuration of the network ports. These are closely tied to the hardware. Value-added features can be either on the hardware or software side. As an example of the former, some vendors ship NAS units with HDMI ports - these ports can be used to either drive a display for a software media player like Kodi or a video management system to view feeds from surveillance cameras. Our focus in this piece, however, is on the value additions from the software side.

The advent of smartphones has led to an explosion in the amount of user-generated multimedia content (photos and videos). Music collections (iTunes libraries and the like) also add to the consumers' digital multimedia content. Heavy users are loath to rely on only the public cloud for backing up or accessing these files. Many NAS vendors, therefore, make it a point to simplify the serving and management of such multimedia content. Media services form one of the most important value additions in NAS operating systems.

The transition from analog to digital surveillance (CCTV to IP cameras) has made video surveillance cheaper and simpler to set up for both home and business users. However, the storage of the recorded video is a challenge, and many NAS vendors have dedicated hardware lineups for NVR purposes (network video recorder). However, for the casual users with 3 or 4 IP cameras, a NAS unit can easily double up as a NVR while performing other duties. Simplifying the set-up, usage and control of IP cameras in the network is another value addition that NAS vendors have targeted.

The average consumer's first introduction to a seamless backup and sharing strategy has most probably been through public cloud services such as Dropbox. These services allow data to be accessed from anywhere on the Internet while using an authenticated device. NAS vendors have realized that these types of services have resulted in users demanding two things - being able to back up the content that they store on the NAS to one of more public cloud services, and, provision of features available in public cloud services such as seamless access to content over the Internet and simplified content sharing. Consumers also want to be able to access the data on their private NAS from the outside network over the Internet. This 'cloud' aspect has also become an important feature expected by NAS users.

In the rest of this article, we will go over each of the above value additions in detail and see how various NAS vendors and their operating systems tackle them. The following vendors and OS versions are currently covered in this article

It must be kept in mind that many of the value additions come in the form of add-ons (either first-party (NAS vendor) or third-party). The exact version of the relevant add-on is specified in the specific section where the feature is addressed.