Without putting too fine a point on it, ASUS can design some stunning notebooks, but this is not one of them. Stepping down to their value line keeps the same powerful internals, but to hit this price point ASUS has taken some liberties with the chassis design. The entire notebook is built from a fairly low quality plastic, with the exception of the lid which has a metal top. The top has a brushed finish with lines running parallel down the entire device, which looks nice, but that’s where the premium materials end. 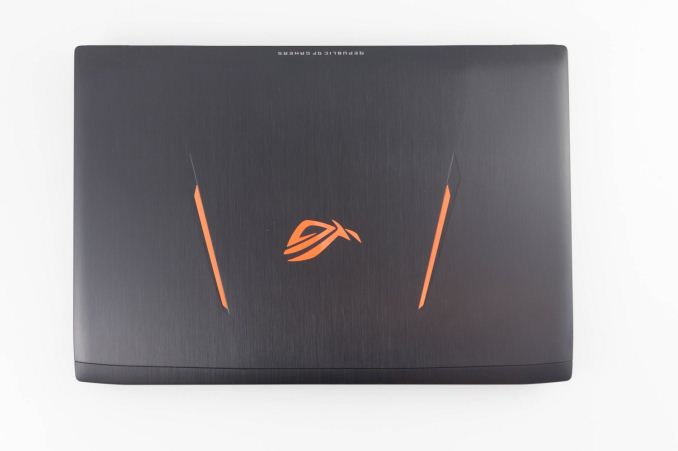 Opening the notebook, the same brushed finish is replicated on the plastic keyboard deck, but this time on the plastic finish. The keyboard itself features 1.6 mm of travel with red backlighting, but the keyboard feel lacks the nice feel of some of the other ASUS notebooks. The WASD keys are red with black fonts, compared to the rest of the keys which are black with red fonts, and although the look won’t appeal to everyone, it does help quickly identify the most needed keys for gaming. ASUS continues its silly tradition of having the power key right in the keyboard, with it at the top right. If you accidently go to press the minus key, you may end up shutting off the laptop. There’s no good reason for them to put it there, although at least on this notebook, with its extra number pad, it is less likely to get hit than on one of their smaller notebooks where it is right beside the delete key. This seems like a small gripe, but shutting off your computer when going to hit a key is not a great experience. 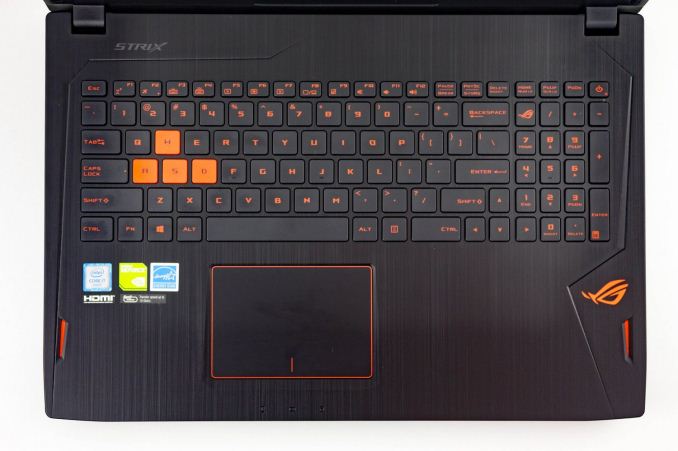 The trackpad on this notebook does feature the Microsoft Precision Touchpad drivers, for better or for worse, and it’s nice to see Microsoft reigning this in. They still have some work to do with the drivers, but at least it is a consistent experience across devices now. That being said, the trackpad on this notebook is not quite as smooth as some other notebooks, and picks up fingerprints quite readily. It would be nice to see a glass trackpad, although once again the budget comes into play. Luckily a good mouse is going to be required for gaming regardless, so this isn’t as big of an issue as it is on a more portable device.

Being a large gaming laptop, there is expandability with the GL502VS, and just a couple of screws will let you pop off the bottom and access the memory, which has two SODIMM slots, the M.2 SSD, and the SATA drive. Maximum memory is 32 GB through two 16 GB DDR4 modules. On our 16GB sample, only one memory slot was occupied for single channel memory performance. 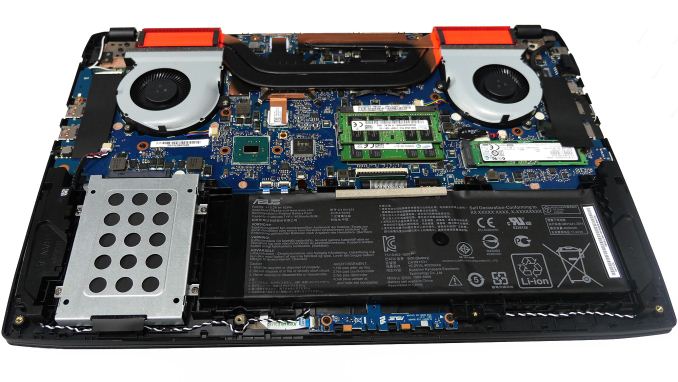 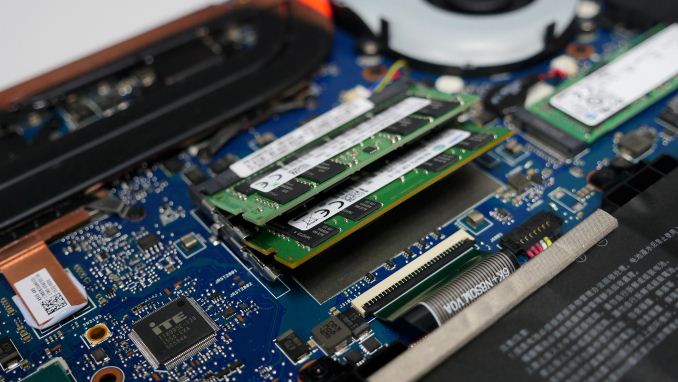 Overall the design of the ASUS GL502VS is kind of disappointing. The top of the notebook is a very nice looking metal, but the remainder of the notebook is a fairly low grade plastic. ASUS does build some nice notebooks, but to hit their budget on this one with the components on the inside, clearly some cost cutting was necessary. They have also gone a bit overboard with the red accents on this notebook, and especially with the bright shade of red chosen, although the almost orange WASD keys do look nice and red with the keyboard backlighting on.