At first sight, the Fnatic Gear Rush G1 appears to be a basic model with a plastic body that can be easily mistaken for a much cheaper membrane keyboard. Its appearance bears more resemblance to the membrane-based Zalman K650WP that we reviewed recently rather than to most high-end mechanical keyboards. Closer inspection however reveals a very well made body, with a corona-treated top cover to make it feel soft to the touch and very difficult to get fingermarks on it. Fnatic supplies a matching palm rest as well that can be attached to the keyboard using two supplied plastic locks. 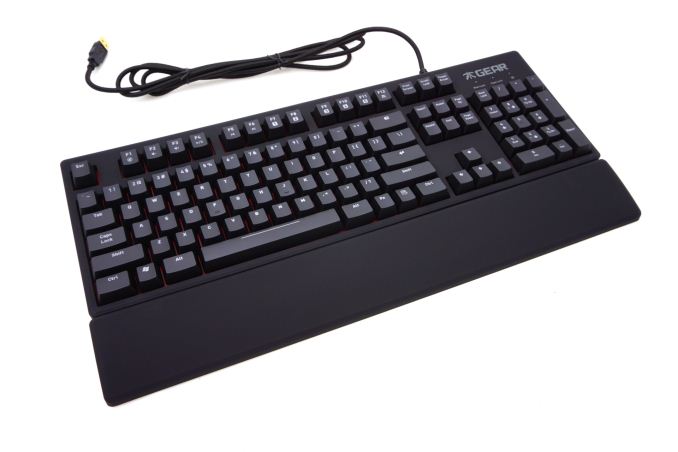 We received the US layout version of the Fnatic Rush G1. It is a standard 104-key keyboard that does not fully adhere to the ANSI layout, as the bottom row is different. The bottom row of the keyboard has a 6.0× Spacebar, two 1.5× ALT, two 1.5× CTRL and three 1.0 × WIN/Fn bottom row keys. The standard ANSI layout has a 6.25× Spacebar and seven 1.25× bottom row keys. The keycaps are made from ABS plastic and have relatively small bold characters printed on them. Both of the primary and the secondary character is printed at the top of each keycap, allowing both of the characters to be visible once the LED lighting is on.

There are no extra keys on the Rush G1. All advanced functions are available via keystroke combinations, generally by holding the Fn key and then pressing another key. When the Fn key is being held actuated, F1-F3 keys offer basic sound volume controls, F4-F6 basic multimedia functions, F7-F11 quick switching between the five programmable profiles, F12 activates the "Fnatic Gear" mode and, finally, the numpad keys allow for basic backlighting control. The "Fnatic Gear" mode basically is the mode that activates all of the advanced functions of the Rush G1, allowing the switching of profiles and the reprogramming of keys. Without it activated, the Rush G1 is just a standard keyboard. It is also interesting to note that there is no Scroll Lock indicator LED - the LED usually reserved for that has been repurposed to indicate when the "Fnatic Gear" mode is active. 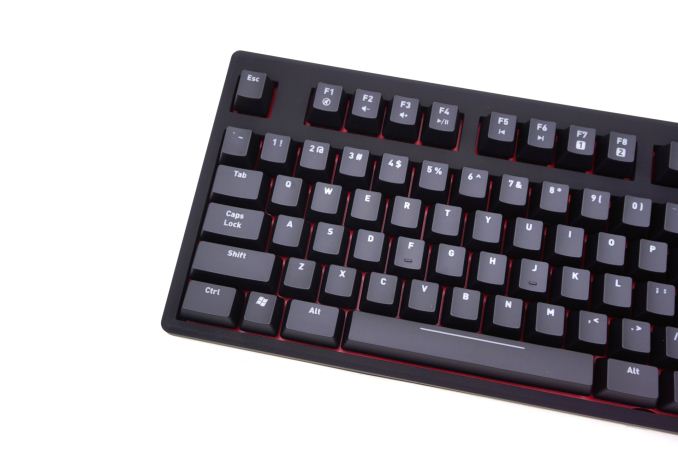 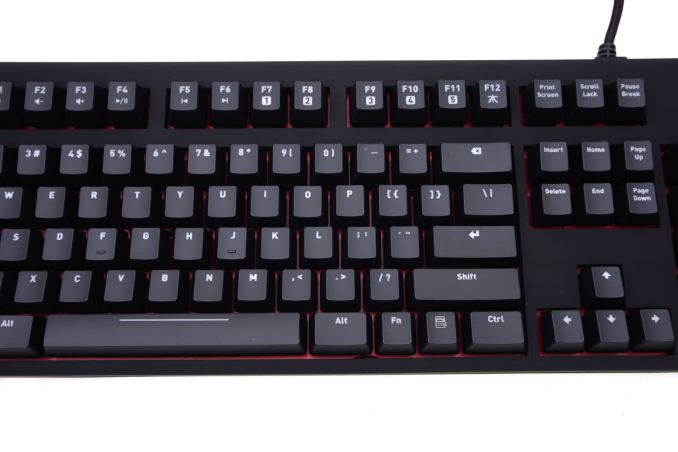 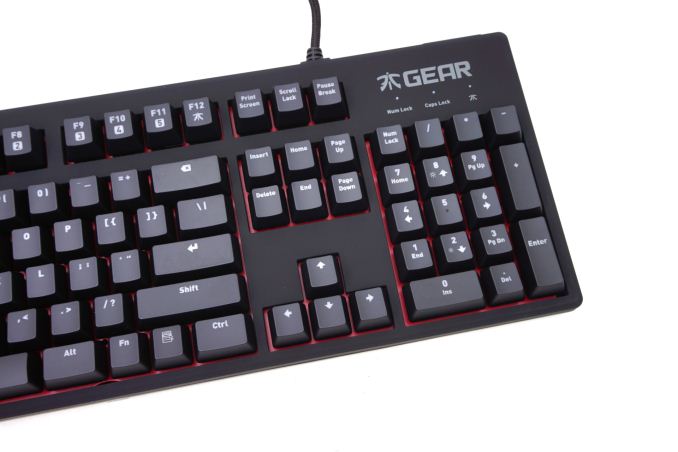 Fnatic placed two USB 2.0 ports on the rear of the keyboard, near the right edge. These can prove very useful for attaching a mouse cable or receiver. However, the two ports are very close together, making the insertion of wide USB devices problematic. This is most likely to be an issue with some of the larger USB flash drives. 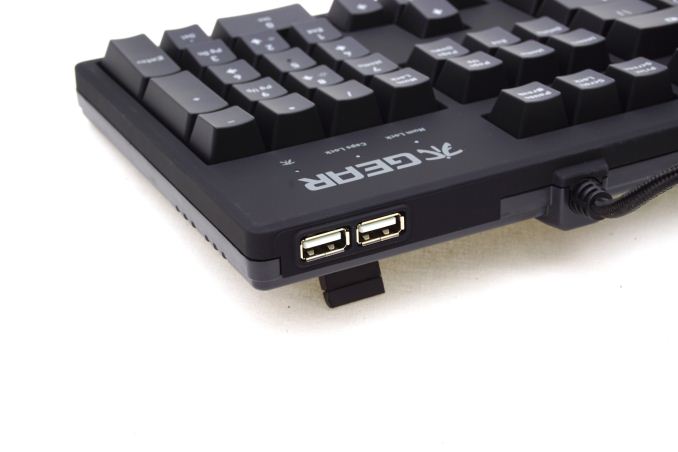 The Fnatic Gear Rush G1 has two rear legs that provide a reasonable fixed tilt. The attachment points for the palm rest locks can also be seen at the bottom of the keyboard. These locks offer a flexible and secure attachment but they are not very convenient for the quick attaching and detaching of the palm rest. 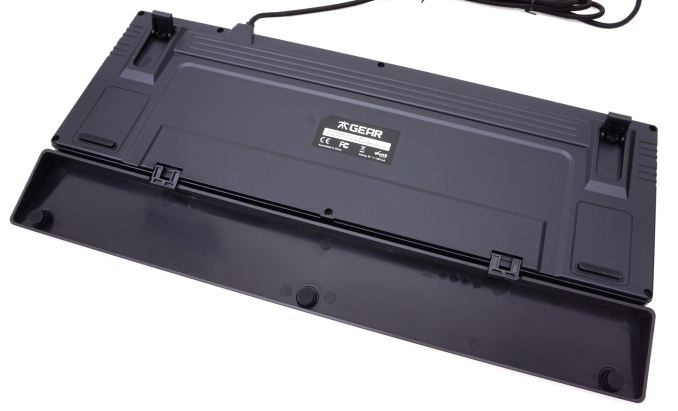 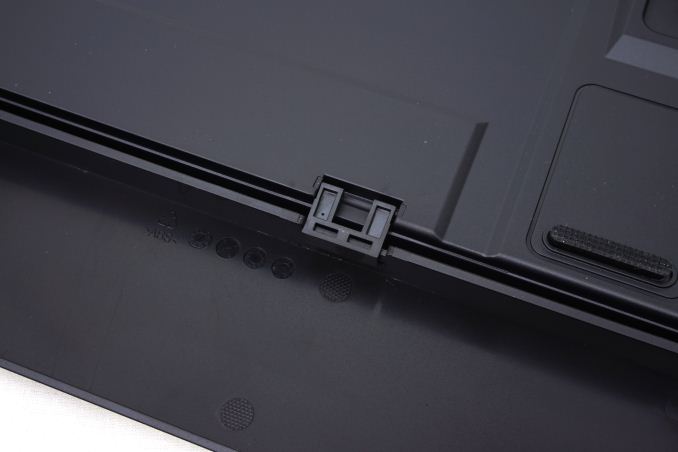 Fnatic is using original Cherry MX switches on the Rush G1. We received the version with the Cherry MX Brown switches but the Rush G1 is available with Cherry MX Red and Blue switches as well. The strange part is that Fnatic is using a wire/Costar-type instead of Cherry stabilizers. This was most likely done to reduce the overall cost of the product, or because the board was initially developed with other switches in mind. 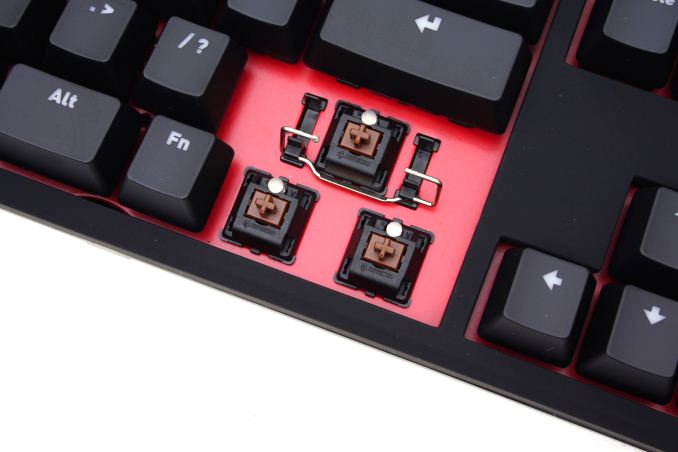 The Rush G1 features red backlighting that is being enhanced by the red steel plate beneath the keycaps. The lighting is strong even around the keycaps. It is not as well applied on keycaps that have printing towards the bottom of the key, such as the Caps Lock and the top row, where the shaft of the switch blocks the light. This is not an issue with the Rush G1 but a general problem with nearly all of the mechanical keyboards currently available, with the exception of very few models that feature proprietary switches. 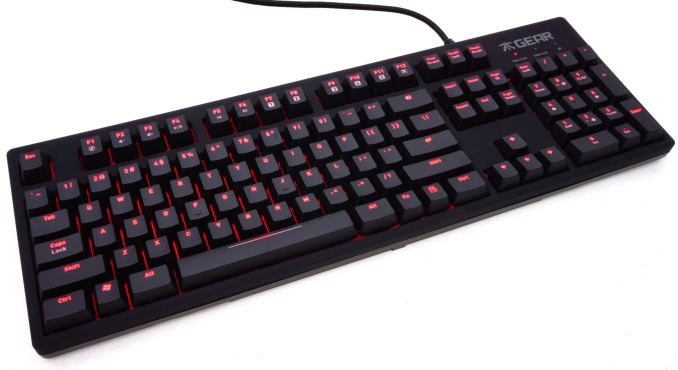 The removal of the plastic frame reveals a red PCB permanently attached to the steel support frame. Although the soldering joints are strong, the assembly job is a little messy, with traces of solder all over the PCB, especially around the lower right side of the board.

Fnatic has a NXP Freescale MC9S08JM16 USB microcontroller installed. It is a basic model with a 48 MHz CPU, 24 MHz internal bus and only 16 KB of on-chip flash memory. The designer had to install two extra T24C64A EEPROM chips to cover the needs of the keyboard. A Genesys Logic GL850G controller handles the two extra USB 2.0 ports. 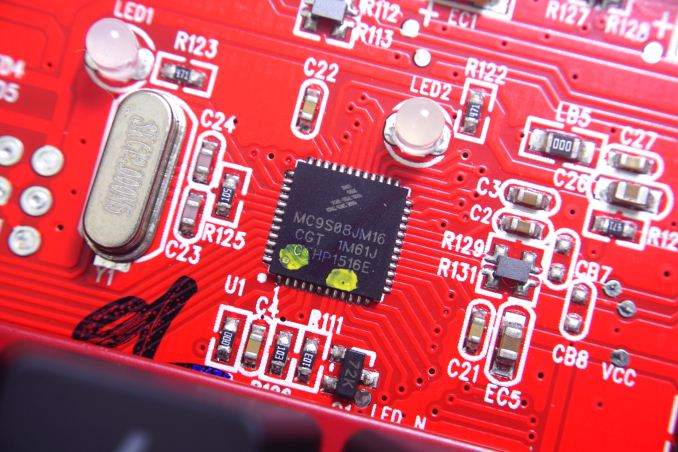 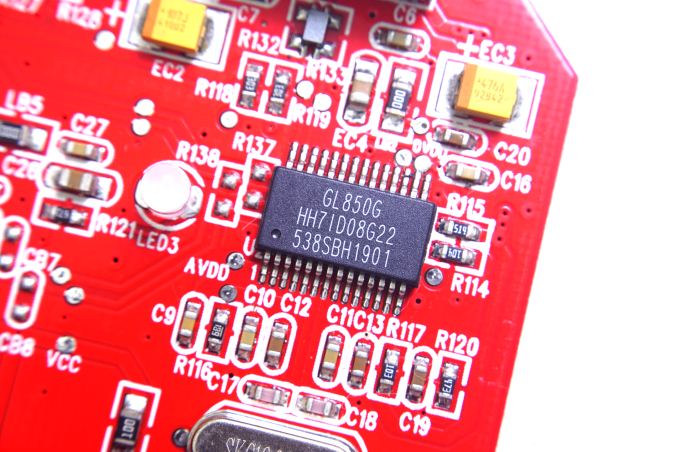 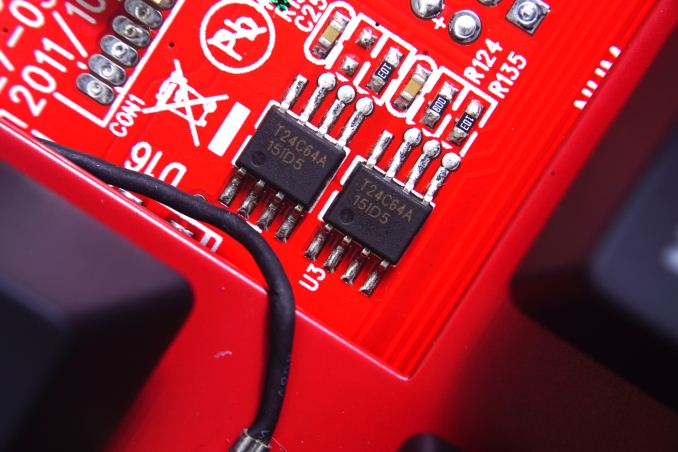