Now, let’s take a look at larger kits designed for HEDT systems. Due to the intracacies of the quad-channel memory controllers inside Core i7 Extreme Haswell-E and Broadwell-E processors, HEDT kits do not boast with extremely high frequencies because it is hard to run four modules at high clock-rates. Even then, at moderate frequencies such DRAM sub-systems deliver a lot of bandwidth. What memory kits for HEDT do require are sub-timings optimized for their operation in quad-channel mode since in far not all situations a pair of dual-channel kits will work fine in quad-channel mode.

Due to the fact that HEDT kits do not operate at extreme data-rates, there are a lot of options to choose from since virtually all suppliers of DRAM modules offer such kits, including Crucial, Corsair, G.Skill, Mushkin, Patriot and so on. 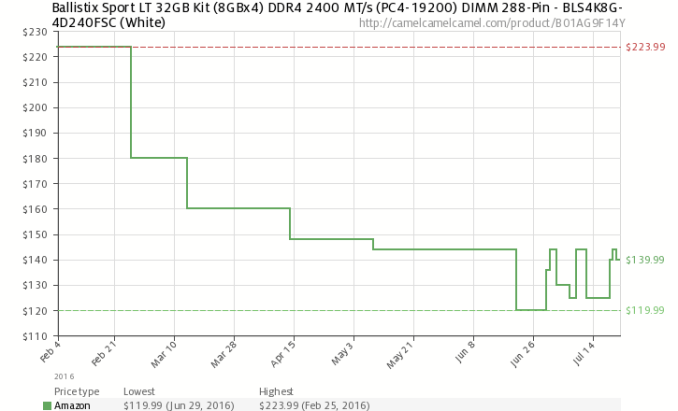 Next up are 64 GB DDR4 kits for high-end desktops. Another quad-channel set of memory modules from Crucial, the Ballistix Sport LT DDR4-2400/CL16 64 GB (4×16 GB) kit (BLS4K16G4D240FSE) seems to be among the most affordable options. The product currently costs $249.99 at Amazon and the same amount of money at Newegg. When it was added to Amazon’s database in early May, it was priced at $300, but at some point later on its price declined to as low as $195 and $215. 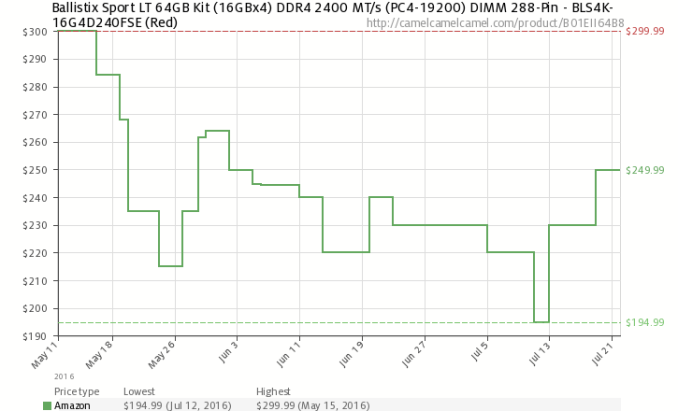 If you want fast memory for HEDT, be ready to pay a lot for it. 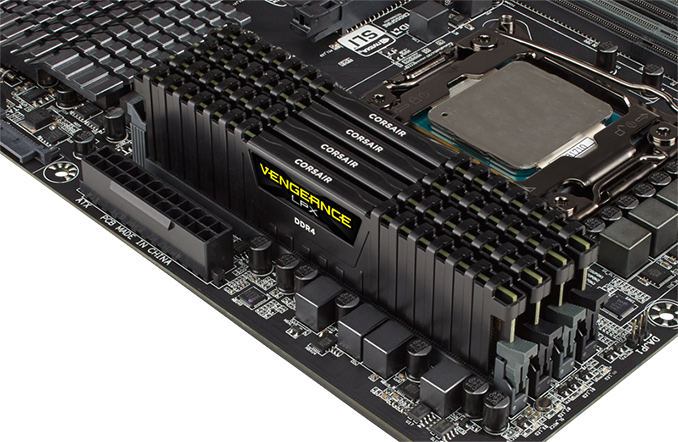 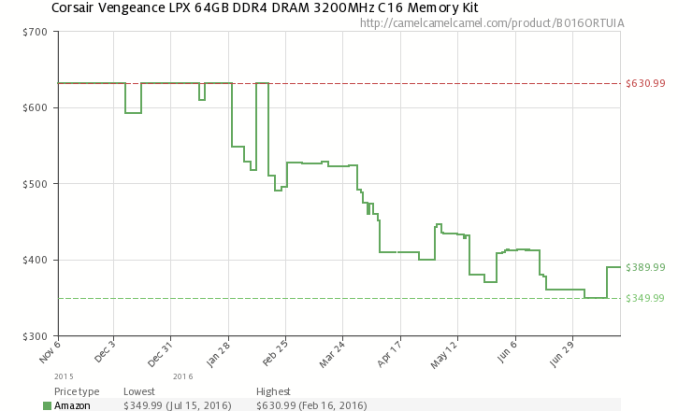 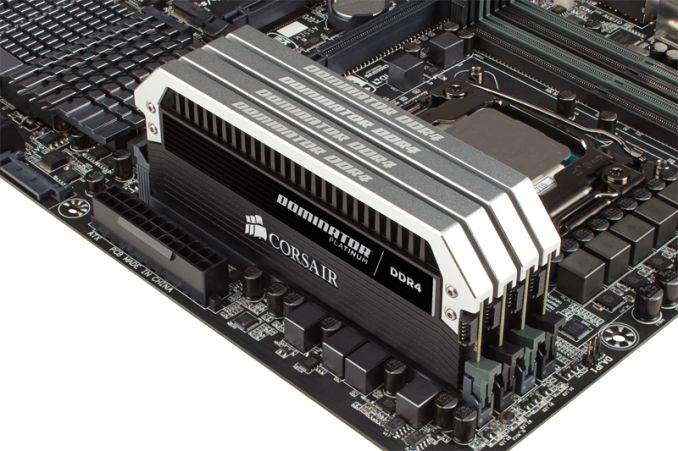 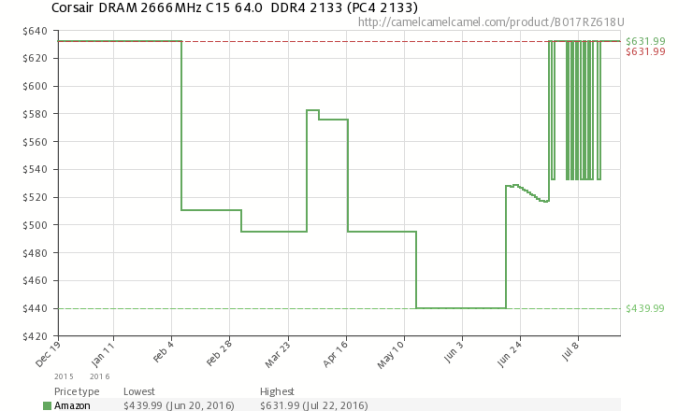 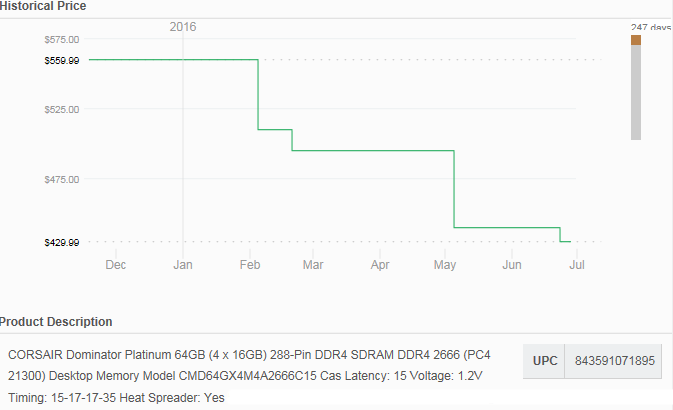 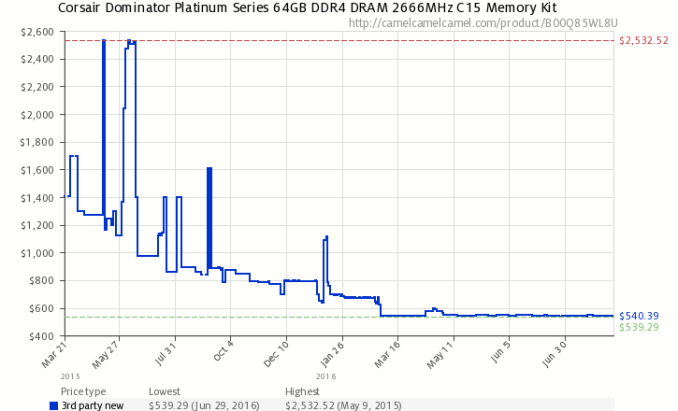 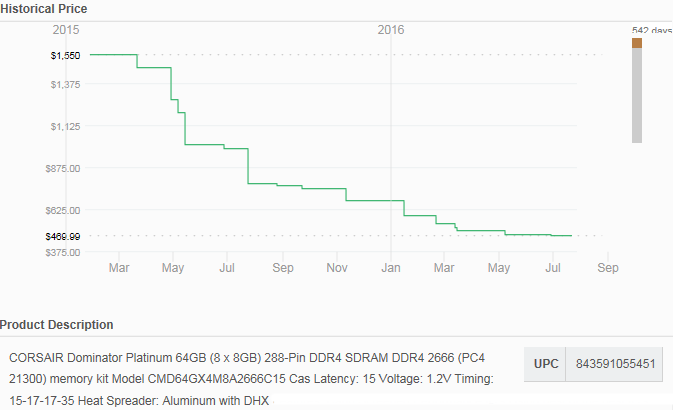 It is evident that market trends have an effect on prices of even ultra-high-end memory solutions, which is why their prices are generally declining. Nonetheless, such DRAM kits are still expensive and their exact prices can depend on supply from the manufacturer or distibution rather than the price of DRAM ICs in general. We advise to keep this in mind because fluctuations in pricing can occur on a weekly basis.