Traditionally, we have started our observations of DDR4 retail prices with Kingston’s HyperX Fury Black DDR4-2133/CL14 2x8 GB kit (HX421C14FBK2/16), which is a typical enthusiast-class memory module set used by both system integrators and DIYers. Let's start with them today as well.

In late February, such kit used to cost $69.94 at Amazon (based on data from CamelCamelCamel, which tracks prices of various items at Amazon and its partners). Right now, the dual-channel set of DRAM modules is priced at $83.43 at Amazon and is absent from Newegg. This is a very recent price hike from around $67. 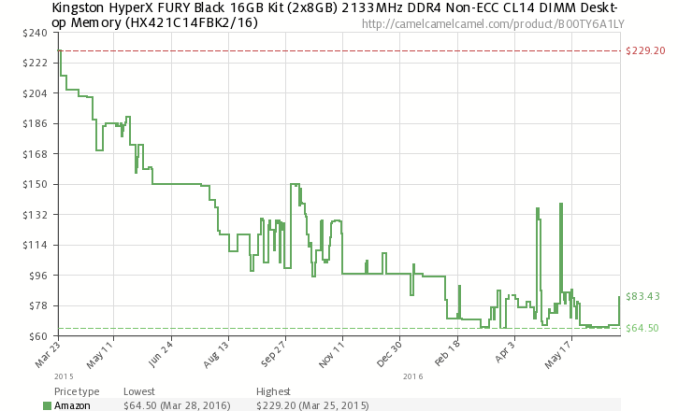 Given this rather unexpected price hike, it is highly likely that the kit is either in short supply at Amazon, or Kingston has ceased to produce this product and is readying a newer version. This sometimes happens when module manufacturers switch DRAM IC suppliers, or adopt newer chips. In any case, we decided to take a look at other affordable DDR4-2133 offerings.

G.Skill is a supplier primarily known for its ultra-high-end DRAM modules with extreme frequencies. However, the company also sells a lot of mainstream products. For example, its Ripjaws V DDR4-2133/CL15 2x8 GB kit (F4-2133C15D-16GVR) costs $65.95 at Amazon and $57.99 at Newegg. According to PriceZombie, which tracks Newegg, the price of this kit has been declining for many months now, from the origianl launch price of $130 down to $58 today. 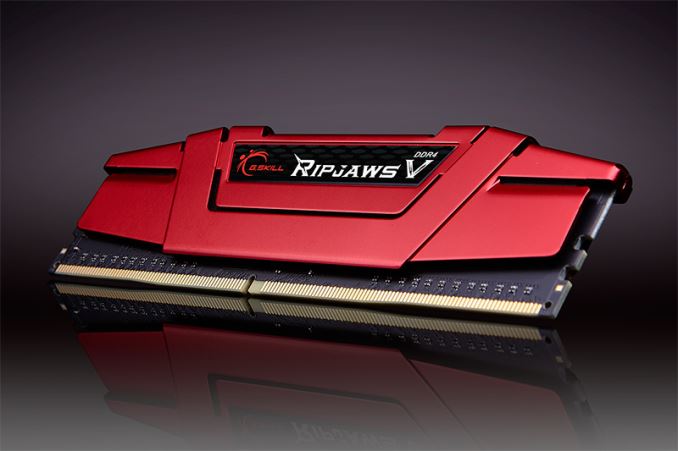 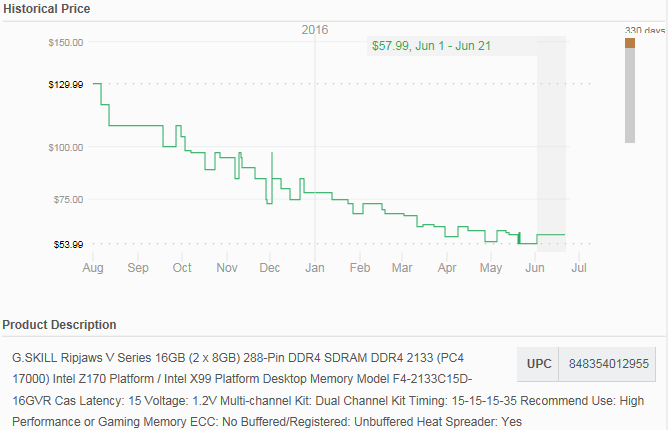 Another affordable DDR4 option is Crucial’s Ballistix Sport LT DDR4-2400/CL16 2x8 GB kit (BLS2K8G4D240FSB), which is available for $59.58 from Amazon. The kit used to cost over $100 just several months ago, but rapid declines of DDR4 costs and prices forced Crucial (and its owner Micron) to reduce the price of the product quite significantly. 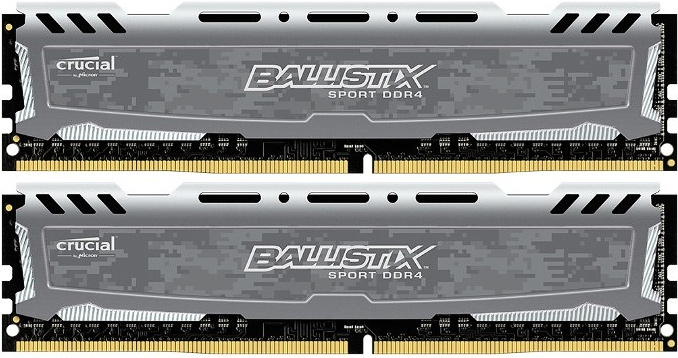 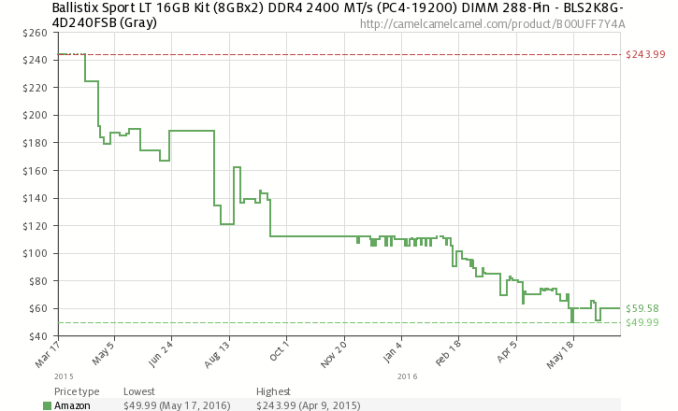 In any case, it is now possible to get 16 GB of DDR4 memory for less than $65, which is impressive because just over a year ago such dual-channel kits used to cost well over $120.