On paper, the GS60 Ghost Pro gets just about everything right: it has a good CPU and GPU for performance, plenty of RAM, a cutting-edge 3K display, and multi-colored zoned backlighting for the keyboard. You also get plenty of storage from the 1TB HDD with a 240GB SSD RAID set for faster OS and general application performance. But what's it like using the device on a daily basis? 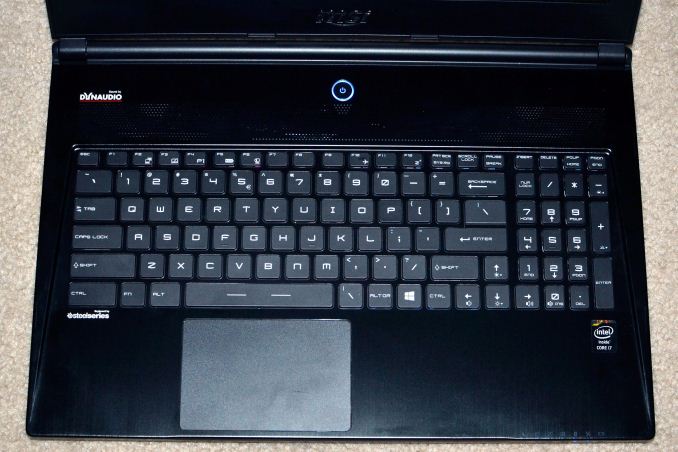 Starting with the good, the keyboard is the same as what you'll find on the GT70 and GE60 that we reviewed recently. There are some minor personal niggles (like having the Windows key on the right), but it's not a major concern. I still miss having dedicated document navigation keys (Home and End in particular), but you can remap some of the keys using the keyboard software if needed. The touchpad is the same as in the GE60, using Elan Smart Pad hardware. Again, it works well enough that I can adapt to using it, but I won't say it's the best touchpad I've ever used. Some will also dislike the placement, with the touchpad centered on the spacebar, but if you're going to have a 10-key I think this is the best way to do it. Speaker quality is okay as well – lacking in bass response, and not enough to fill a large room, but in normal use the speakers are sufficient. 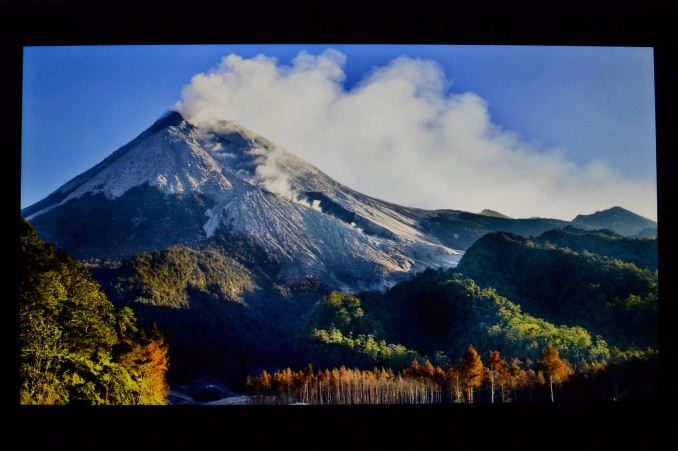 The display is where things get interesting, as MSI joins the HiDPI crowd with a 3K display (2880x1620). The out-of-box colors actually look pretty good, but oddly after calibration things seemed to get better in some ways and worse in others. The problem seems to stem from the use of an RGBW grid for the colors, which we've seen on some other HiDPI displays. It may be that our calibration software doesn't quite play right with RGBW, but the net result is that I almost prefer the out-of-box colors to the calibrated colors – and neither result is going to be acceptable for image professionals.

We could also get into the usual tangent about HiDPI and the various applications that don't work properly when you use Windows' scaling options. Humorously, when I first booted up the GS60 a notification from MSI popped up recommending I use 100% scaling. I suppose some people might be able to use a 15.6" 3K display at native resolution with no scaling, but I'm not one of them! I'm still more inclined to go with a good 1080p display over 3K for a laptop, though the 3K displays definitely look nice in the Windows Modern UI, and as a whole the 3K (and 4K) panels at least mean you won't get saddled with a low-end TN panel.

Build quality is definitely better than on the GE60, which is great to see, but the LCD cover is still a bit less rigid than I would like and the hinges could be stiffer as well. Compared to the GT and GE lines, however, the overall aesthetic is much improved, with a thinner chassis and more premium materials. It's a solid design overall, with perhaps the MSI Dragon Army logo on the LCD cover being a bit too "in-your-face" for some users. Cooling vents this time consist of left and right exhaust ports with two fans handling the CPU and GPU. The system can still get pretty warm under a heavy load (e.g. gaming), but if you're gaming you're probably using a mouse with the laptop on a hard surface, so it's less of a concern.

Unfortunately, there's still one other area to discuss, and once more MSI falls short, this time with the GS60: battery life. The GE60 didn't do very well, managing about 4.5 hours in our Light battery test; the GS60 (probably thanks to the 3K display) does even worse, mustering just 3.5 hours of useful battery life (and dropping down 2.5 hours in heavier workloads). I really prefer upwards of seven hours, which is something I've seen from other Haswell laptops like the Dell XPS 15 (over 9 hours, though granted that's with a much larger 91Wh battery). And that's really a good comparison point.

Dell is willing to offer you a higher build quality and what I would consider a better display, but you'll pay more for the privilege and you also get a substantially slower GT 750M graphics solution. In contrast, MSI will sell you a system with a faster graphics solution but lower overall build quality, with less than half the battery life. For gaming, I'd certainly say the MSI GS60 is the better notebook, but I really wish they could come a bit closer to the feel of the XPS 15. Ditch the hard drive, go with a 512GB or larger SSD configuration, and use increase battery capacity by at least 50%; then add in some BIOS/firmware tuning to improve battery life and we'd be golden. In the meantime, let's see just how well the current MSI GS60 Ghost performs.