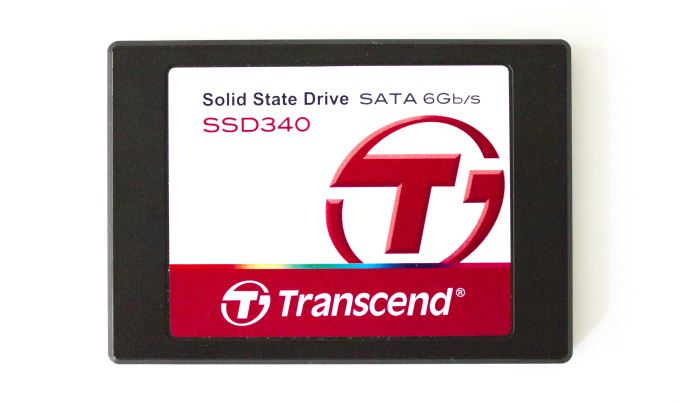 A couple of months ago we reviewed JMicron's JMF667H reference design SSDs, which did relatively well in our tests especially when taking JMicron's previous SSD controllers into account. As always, reference designs are only meant for evaluation and do not make their way into retail, so today we are taking a look at Transcend's SSD340.

The SSD340 is based on the same JMF667H controller, although the firmware is an older version than what we tested in the reference design SSDs. Transcend told us that they currently have no plans to update the firmware to the newer version, which I am guessing is due to using customized firmware. It is actually quite rare that OEMs use the stock firmware as typically the OEMs request some changes and customizations, making it slower and more difficult to upgrade the firmware. I would not even be surprised if some OEMs did not upgrade the firmware to ensure product differentiation because it is obvious that OEMs do not want their low end drives to jeopardize the sales of higher cost (and profit) drives.

Update 8/18: Apparently Transcend has released a new firmware for the SSD340. I will try to find some time to test the new firmware and will provide an update if anything changes.

The SSD340 is available in capacities ranging from 32GB to 256GB. The JMF667H actually has a capacity limit of 256GB, which also limits the SSD340 to just 256GB. We should see JMF670H make its entry later this year with support for 512GB, but until then 256GB is the highest you can go with a JMicron controller.

Like nearly all client SSDs, the SSD340 has a three-year warranty with an endurance limitation. Quite surprisingly the endurance scales with capacity, although the scaling is not exactly linear. Nowadays most client SSDs only have a single rating for all capacities, so it is pleasant to see a scalable endurance for a change. I am pretty sure many OEMs just artificially lower the spec to make sure that enterprises customers do not choose the lower profit consumer drives, as the difference between high-end client and entry-level enterprise drives is quite indeterminate (i.e. entry-level enterprise drives are usually based on client platforms). 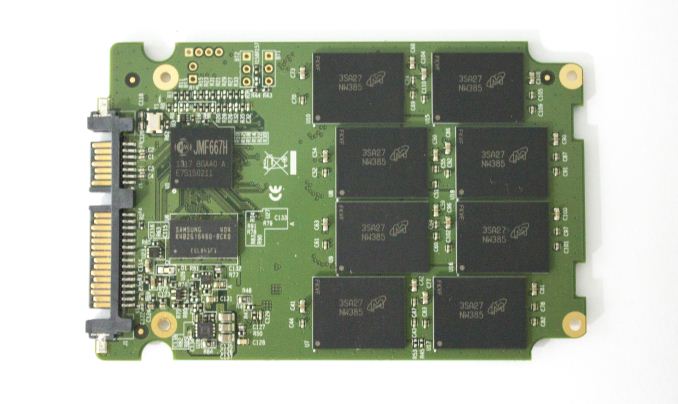 Transcend uses Micron's 128Gbit 20nm NAND in the SSD340. Our 256GB review sample had a total of sixteen NAND packages (eight on each side of the PCB), meaning that each package is a single-die package with one 128Gbit (16GB) die. There is also Samsung's 256MB DDR3-1600 DRAM chip working as a cache.