An interesting feature has turned up in NVIDIA’s latest drivers: the ability to drive certain displays over HDMI at 4K@60Hz. This is a feat that would typically require HDMI 2.0 – a feature not available in any GPU shipping thus far – so to say it’s unexpected is a bit of an understatement. However as it turns out the situation is not quite cut & dry as it first appears, so there is a notable catch.

First discovered by users, including AT Forums user saeedkunna, when Kepler based video cards using NVIDIA’s R340 drivers are paired up with very recent 4K TVs, they gain the ability to output to those displays at 4K@60Hz over HDMI 1.4. These setups were previously limited to 4K@30Hz due to HDMI bandwidth availability, and while those limitations haven’t gone anywhere, TV manufacturers and now NVIDIA have implemented an interesting workaround for these limitations that teeters between clever and awful.

Lacking the available bandwidth to fully support 4K@60Hz until the arrival of HDMI 2.0, the latest crop of 4K TVs such as the Sony XBR 55X900A and Samsung UE40HU6900 have implemented what amounts to a lower image quality mode that allows for a 4K@60Hz signal to fit within HDMI 1.4’s 8.16Gbps bandwidth limit. To accomplish this, manufacturers are making use of chroma subsampling to reduce the amount of chroma (color) data that needs to be transmitted, thereby freeing up enough bandwidth to increase the image resolution from 1080p to 4K. 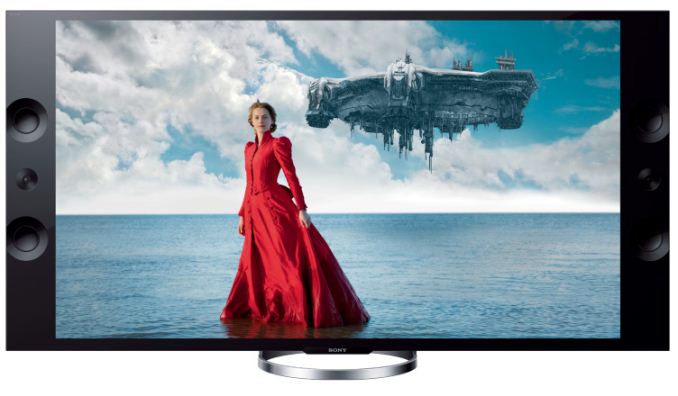 The use of chroma subsampling is as old as color television itself, however the use of it in this fashion is uncommon. Most HDMI PC-to-TV setups to date use RGB or 4:4:4 sampling, both of which are full resolution and functionally lossless. 4:2:0 sampling on the other hand is not normally used for the last stage of transmission between source and sink devices – in fact HDMI didn’t even officially support it until recently – and is instead used in the storage of source material itself, be it Blu-Ray discs, TV broadcasts, or streaming videos.

Perceptually 4:2:0 is an efficient way to throw out unnecessary data, making it a good way to pack video, but at the end of the day it’s still ¼ the color information of a full resolution image. Since video sources are already 4:2:0 this ends up being a clever way to transmit video to a TV, as at the most basic level a higher quality mode would be redundant (post-processing aside). But while this works well for video it also only works well for video; for desktop workloads it significantly degrades the image as the color information needed to drive subpixel-accurate text and GUIs is lost.

In any case, with 4:2:0 4K TVs already on the market, NVIDIA has confirmed that they are enabling 4:2:0 4K output on Kepler cards with their R340 drivers. What this means is that Kepler cards can drive 4:2:0 4K TVs at 60Hz today, but they are doing so in a manner that’s only useful for video. For HTPCs this ends up being a good compromise and as far as we can gather this is a clever move on NVIDIA’s part. But for anyone who is seeing the news of NVIDIA supporting 4K@60Hz over HDMI and hoping to use a TV as a desktop monitor, this will still come up short. Until the next generation of video cards and TVs hit the market with full HDMI 2.0 support (4:4:4 and/or RGB), DisplayPort 1.2 will remain the only way to transmit a full resolution 4K image.