Motorola has embraced relatively stock Android since the launch of Moto X. I originally disliked how the Moto X wasn’t really stock, (cue the philosophical discussion about what stock really means), but truth be told the software preload is devoid of what I don’t like about the skinned, operator-adulterated stuff we’d get otherwise. It strikes perhaps the optimal balance between the two, what works is left intact, what tweaks there are seem to be the bare minimum to appease operators and make the experience better for the majority of users.

The Moto G doesn’t deviate from that formula. At launch, the Moto G comes running Android 4.3, the latest possible version supplied by Qualcomm for the platform inside. 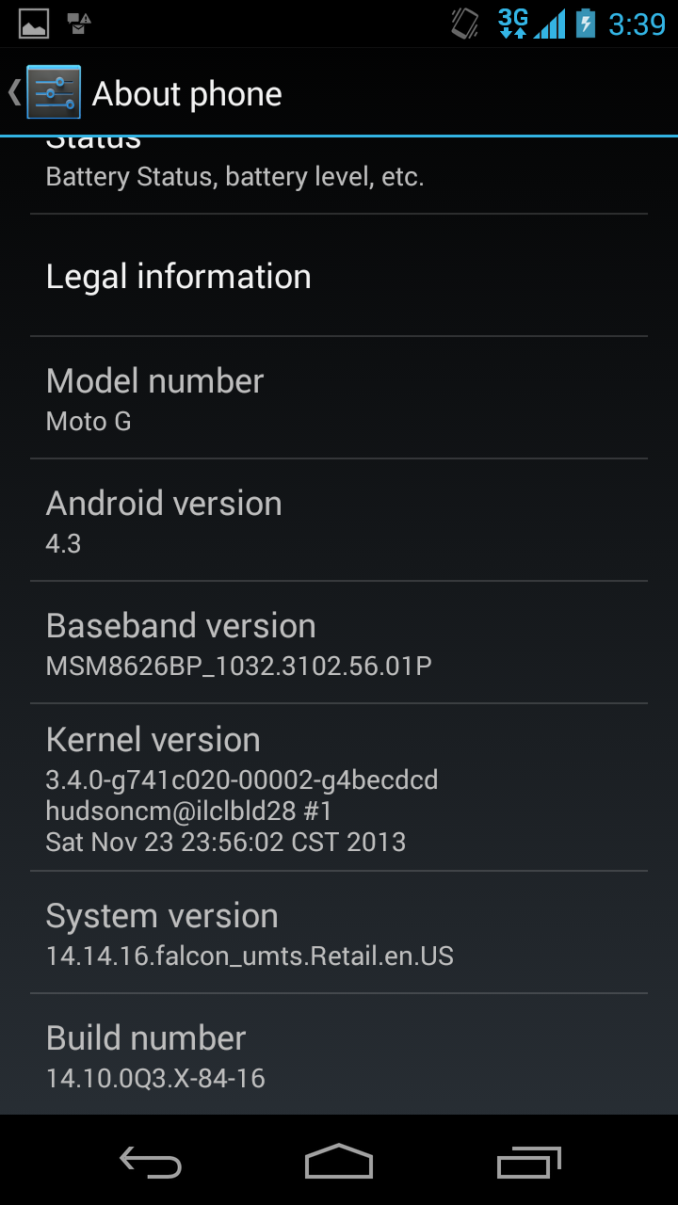 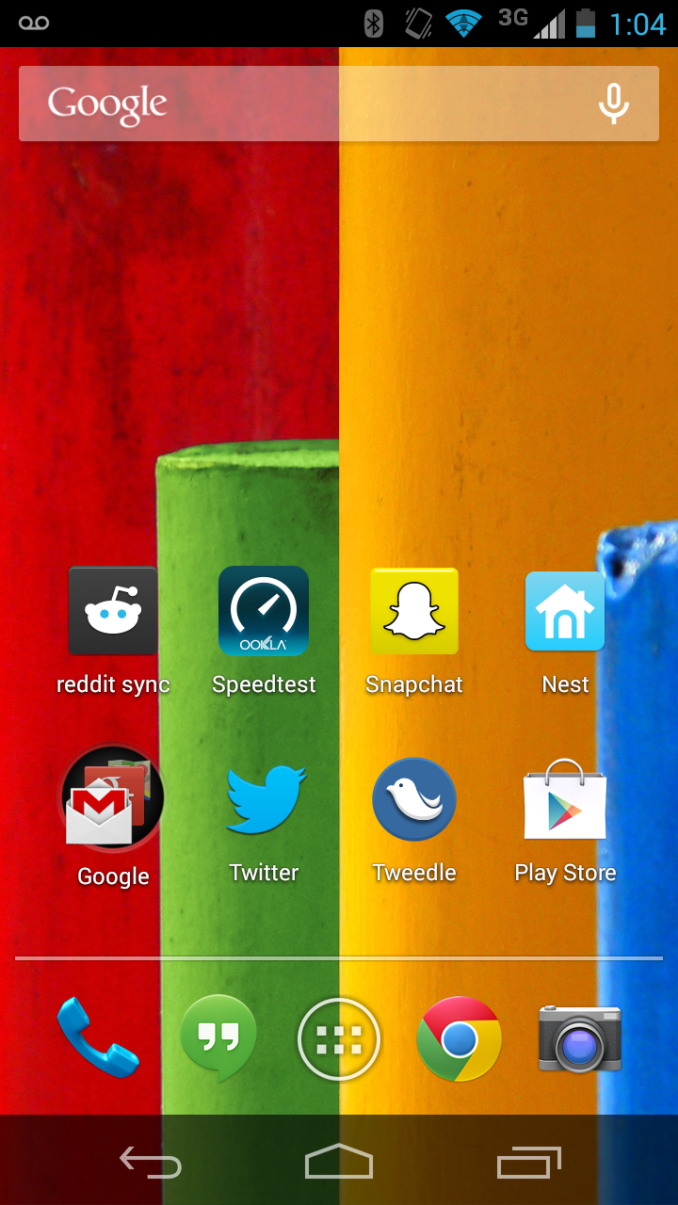 Motorola has promised an update to Android 4.4 KitKat in January (probably near the end of the month), this aligns with the software roadmaps I’ve caught glimpses of. Remember that Motorola is still effectively an OEM and subject to the software release cadences of its silicon suppliers. 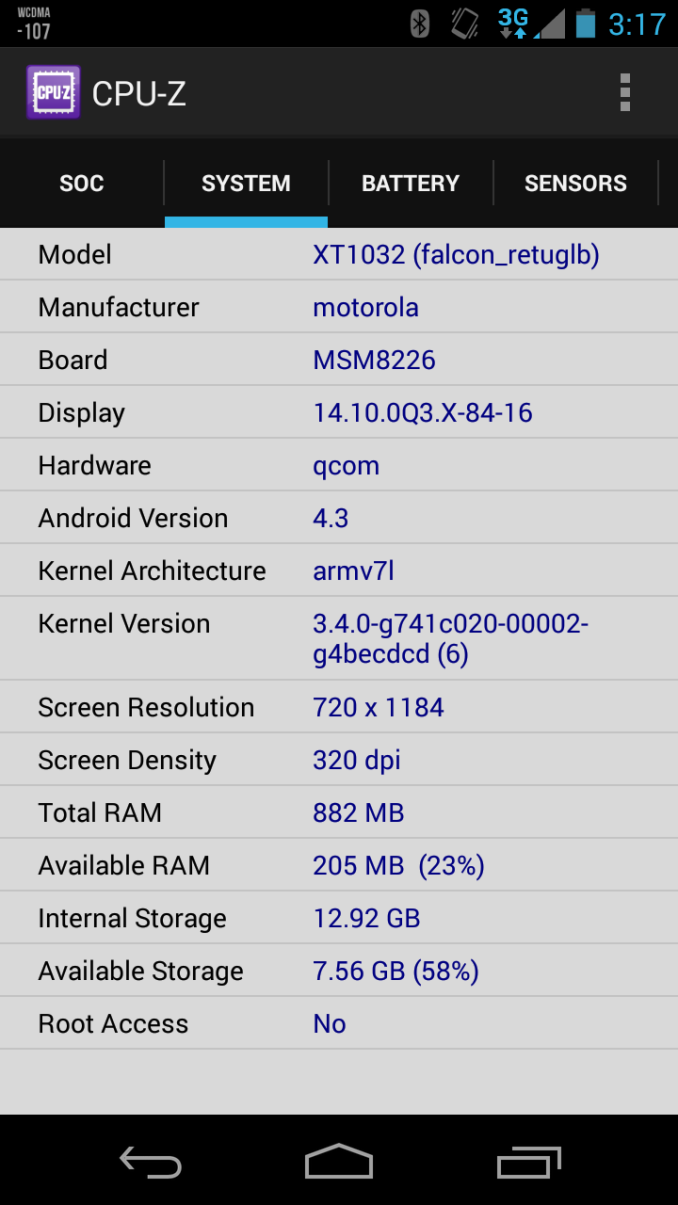 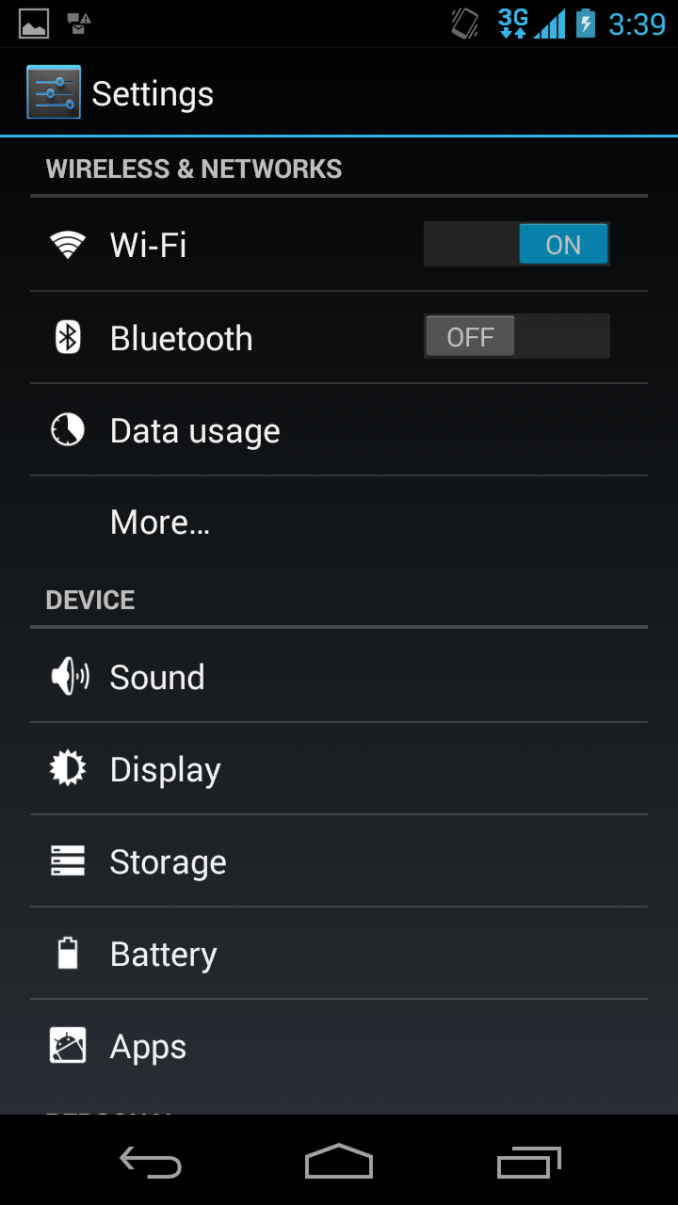 The Moto G’s unlocked and operator-free status makes it subject to a bit less than the operator-attached variants of the Moto X I’ve played with, like the AT&T address book and status indicator branding. On the Moto G there’s none of that, just the few tweaks that Motorola has added in, like Device ID, Assist, Migrate, Care, and of course their own camera application.

The delta between the Moto X and G on the software front really comes down to subtraction of features it lacks the hardware for. Specifically the Active Display notifications and interface which used a TI MSP430 and leveraged an AMOLED display, and the always-on voice activation (“OK Google Now”) which used a TI C55x DSP. It’s an easy to understand differentiation point between the two products that I can’t complain about, and although I enjoyed those two features, their absence doesn’t really dilute the software choices that make the Moto G enjoyable.

Moto G also adds an FM radio over Moto X. Inclusion of FM radio is something which remains oddly is absent from most flagship handsets, but a must have on the lower end devices. 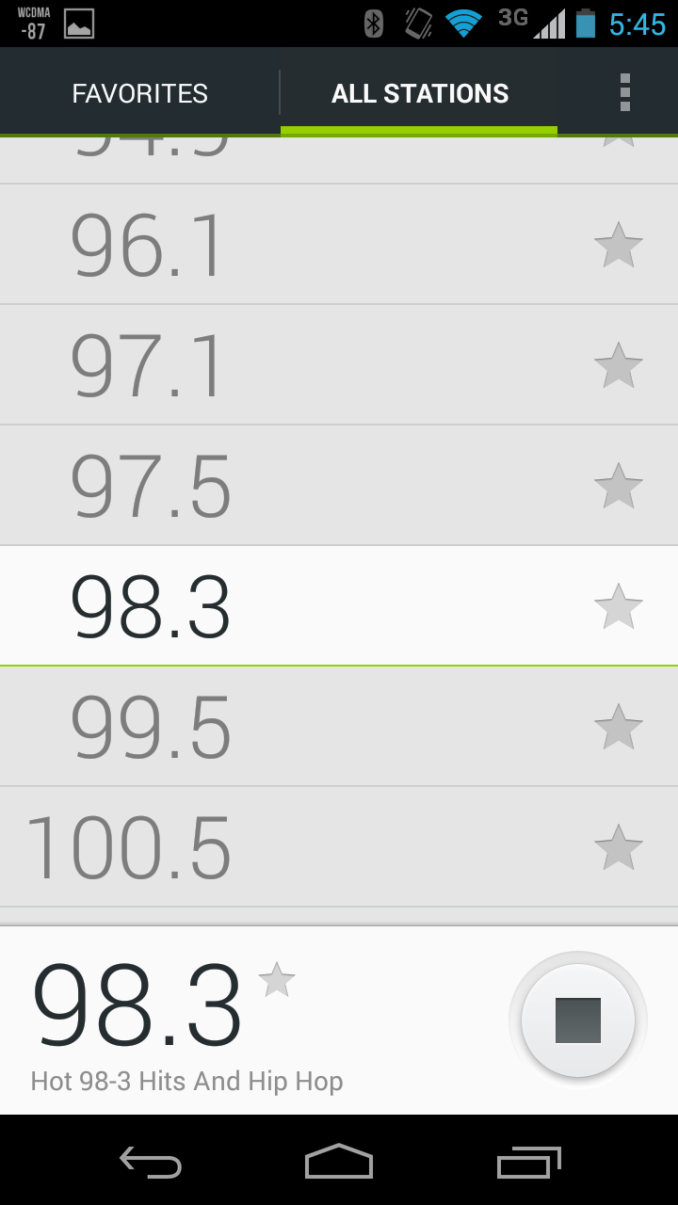 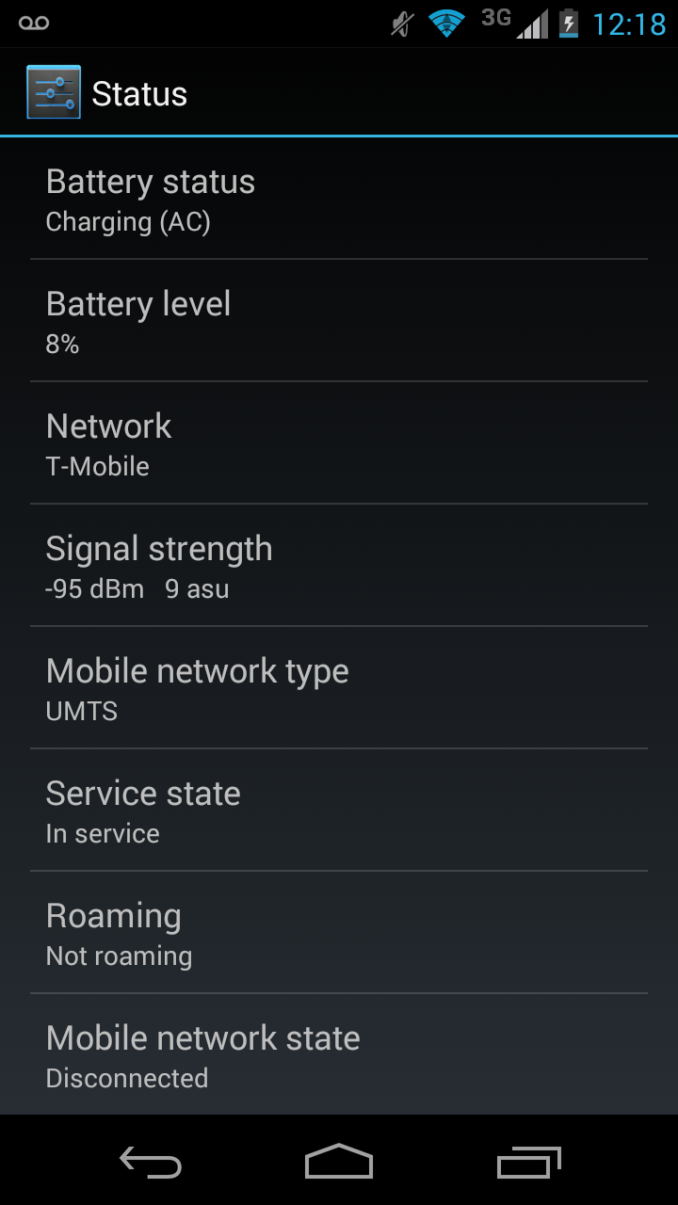 Just like the Moto X, the bulk of these applications (Camera, FM radio, Boot Services) are updatable over the Play Store. Motorola has effectively decoupled a bunch of their own first party applications from the normal OTA process.

Again I can’t complain about Motorola’s software strategy for the Moto G. I almost hesitate to make the comparison, but Nexus ends up making flagships that are very competitive on cost in the high end segment, the space Moto G is competing in is entirely different. Having Android 4.3 and the promised upgrade to 4.4 within essentially a month is great, but real proof of Motorola’s commitment will be in continued software support beyond that update.