Last year I reviewed the LG 29EA93 monitor before its scheduled US release date.  As someone that thinks there is a good market for ultrawide displays, the 21:9 aspect ratio was very interesting to me, and something I wanted to take a look at personally.  While the aspect ratio was nice and enveloping for gaming, there were aspects of the monitor that were disappointing, and in the end it was something I didn't really recommend.

I really dislike writing negative reviews. Writing one means that I’ve spent a good deal of time with a product while not enjoying the experience. It means that a team of engineers and designers has spent a lot of time working on something that didn’t make the cut, or they made a series of compromises for some reason that led to an end user experience that was unsatisfying. I’d much rather write effusive praise of a wonderful product that people should run out and buy than write something bad.

Typically when I write a negative review, I either hear a little feedback from a company, or nothing at all. Maybe they knew the product wasn’t great but released it anyway, or they didn’t care. Sometimes I hear that a company will fix something, and then I try to hold onto hardware and test that to see if they do, but I’ve never had feedback like I did from LG after I initially reviewed their 29EA93 ultra-widescreen monitor. 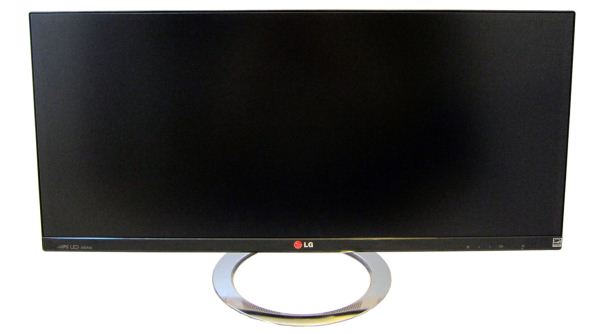 I had multiple emails full of detailed questions about how I test, what I was after, and what should be done to improve upon the current version. After all of these conversations, they flew out an engineer with an updated version of the 29EA93 that they said would address almost all of my issues with the first version. Did LG manage to go back and correct the problems that I found, so that the monitor now performs much better? I had to go ahead and test it to find out.

Since the exterior of the 29EA93 didn’t change, I’m going to skip over that and go straight ahead to performance. You can read more about our initial thoughts on the 29EA93 in our earlier review, and we'll just pick up from there. This is the first review that uses our new CalMAN test suite for monitor reviews. Using CalMAN gives us the ability to target sRGB or AdobeRGB gamuts, choose from more gamma choices including sRGB, and have measurements that are uniform with our tablet and smartphone reviews. It also allows for better grayscale balance and error measurements, better gamut and saturation measurements, and far improved uniformity measurements.

Because of the large change, we will be making a break from everything in the past and going with DeltaE 2000 for our measurements. Because of this the numbers from this review and going forward are not comparable with older reviews as different DeltaE formulas cannot be compared. I will write a longer article on this new measurement system soon, but this will be our first use of it for a desktop display. (Anand has been using portions of these tests for tablets for a while now.)

With the initial revision of the 29EA93, the most brightness I could coax out of it was 261 cd/m². On the updated 29EA93, the highest I could coax the contrast was 78 before I started to clip blue, and just past that it began to clip every color, leading to the top shades of white becoming uniform and not distinct. Keeping the contrast at 78 allows for the highest level of light output without any negative effects at the top of the grayscale. Finding this point is actually made easy by CalMAN as well, showing you where white begins to clip in each individual color and is yet another benefit to the new software.

Using a contrast of 78 and setting the backlight to the maximum 100 results in a light output of 325 cd/m². That is much better than our previous result with the early revision. Setting the backlight to minimum, but leaving contrast steady, results in a reading of 78 cd/m². Since our new target for low-light calibration is now 80 cd/m², this is enough range for that. 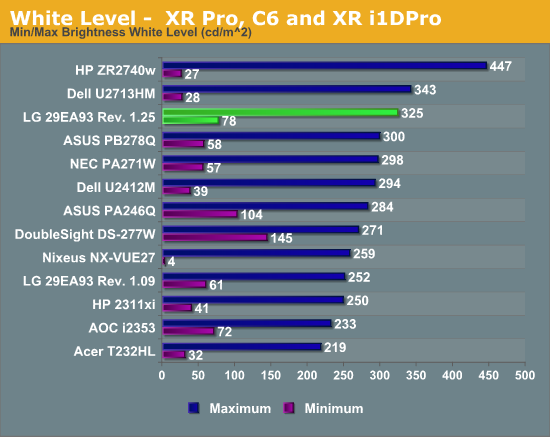 The black level with the brightness at maximum is 0.2605 cd/m², and at a minimum backlight the black level is 0.0624 cd/m². Both of these are very good results given what the corresponding white levels are. 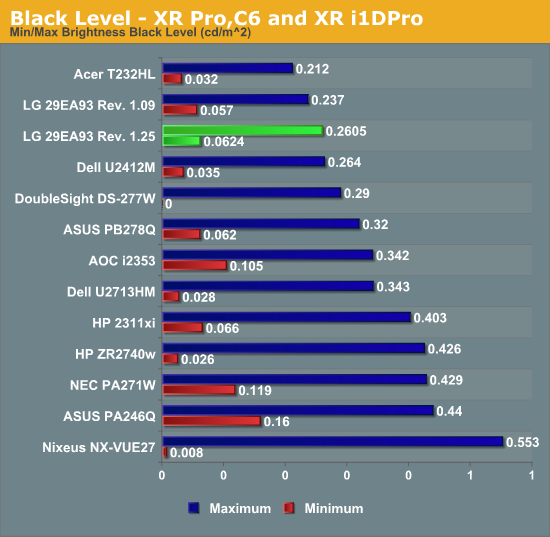 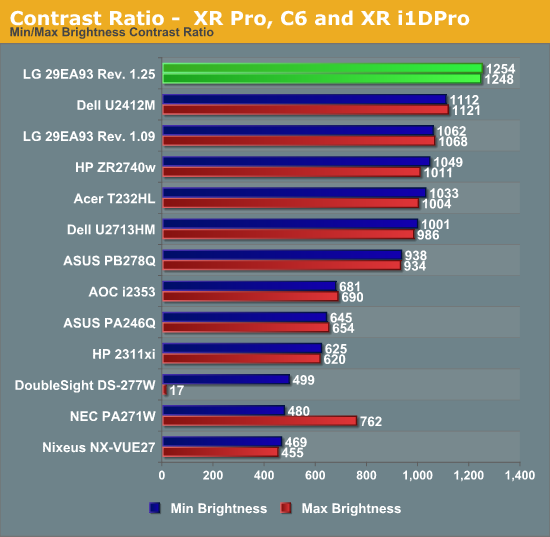 While the increase in light output and contrast ratios is very good to see, it wasn’t one of the main items that I was concerned about in the early unit. Even so, we're happy to see these improved results. What we really want to see are better colors and uniformity.