We took Clevo’s P170EM for a spin last week, equipped with a Radeon HD 7970M and a variety of other high-end options. Today we have our follow up where we use the same core hardware but with NVIDIA’s GTX 680M in place of AMD’s top mobile GPU. Now that we have an apples-to-apples comparison between the two fastest mobile GPUs, who can claim the mobile gaming crown? 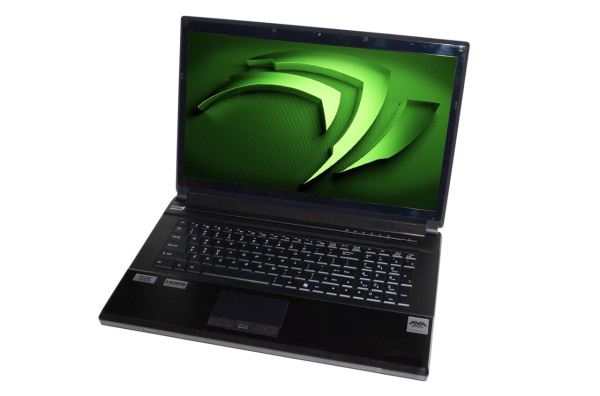 For this second installment, we’ve taken some time to run additional gaming tests, we’ve updated the BIOS and rerun battery life numbers, and we take a detour into discussing drivers and GPU utilization figures. Having spent more time using the P170EM, I’ll also try to reevaluate the overall package in light of the above areas to see if I might have been a bit too harsh with my initial assessment. If you need a fast desktop replacement/gaming notebook, is Clevo the way to go?

Let’s start with a quick recap of the laptop hardware—everything is the same, other than the change in GPU and a slight difference in RAM (the brand, not the speed).

We’ve covered all of this previously, so we won’t dwell on things too much. Note that this laptop has a matte LCD, but when we first received our sample AVADirect listed a high gamut matte LCD option as a ~$150 upgrade. We’re not sure what panel is used for the standard matte LCD, but it's a "free" upgrade from the glossy panel at AVADirect so it may not deliver results quite as good as this panel. In a direct price comparison, the difference between the HD 7970M and the GTX 680M is currently $274, so we’re looking at $1975 vs. $2249 for the AMD vs. NVIDIA matchup; that’s a price difference of just under 14%, so ideally you’d want the GTX 680M to be at least 14% faster to warranty the upgrade.

Second, we noted on the AMD unit that the Kingston HyperX RAM didn’t have a working profile for DDR3-1600 operation on the P170EM, but the Corsair memory addresses that “shortcoming”. In practice, outside of a few specific benchmarks (that are more theoretical than practical in nature), there’s no performance difference between DDR3-1333 and DDR3-1600, but with pricing being the same there’s also no reason I can see to opt for RAM that won’t run at 1600MHz in this particular notebook. In other words, we recommend getting the Corsair Vengeance RAM (or some other RAM that you know will run at 1600MHz).