Link A Media hasn't yet provided a full blown SSD toolbox that would allow you to do things like secure erase the drive or adjust spare area, but I did get a chance to use the firmware update tool to bring all of the Neutron drives to the shipping 2.06 firmware: 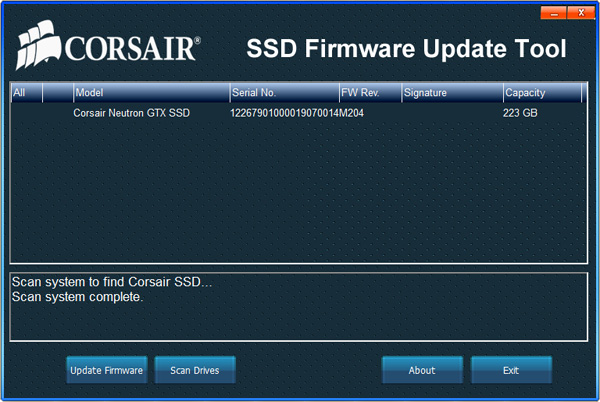 The firmware update process went smoothly, even with Intel's RST drivers installed. Firmware files are hosted locally on your machine; you do have to select the appropriate file yourself but the process is otherwise seamless. I did encounter a bug where firmware files with spaces in their names wouldn't update, but Corsair is aware of the issue as is presumably working on a fix.

When I asked about firmware fixes, Corsair told me that once an issue is identified and duplicated internally it typically takes LAMD about three days to get a fix in place. What then follows is two weeks of regression testing to ensure the fix doesn't break something else in the process.

I couldn't get as much insight into Link A Media's validation lab. The company claims all mainstream systems are covered, but it's always looking to expand testing of the less frequently used system configurations.

Without specific numbers it's difficult to compare the Corsair/LAMD operation to others. It's safe to say that the engineering and validation effort is probably smaller than at an Intel or Samsung, but that's not to say that the drives will be more problematic. We've seen firmware issues from the smallest SSD vendors all the way up to the big guys. We'll just have to wait and see how the LM87800 and Corsair's Neutron GTX play out.