These are worrying times if you're a traditional PC component vendor. The desktop PC market has been outgrown by notebooks for the past several years, and we're on the cusp of seeing mainstream mobile PCs embrace proprietary component form factors and abandon end user upgradability altogether. I do have faith (or at least hope?) that we'll find some solution to the conflicting desires of upgradability and extreme portability without simply embracing disposable computing, but until then the world is going to keep getting more difficult for those who solely make components that go into a desktop case.

The transition of choice for the past few years was to build SSDs. While still not completely future proof, SSD upgrades are applicable to both desktop and conventional notebooks. Due to an outright failure of the traditional HDD vendors to get in early with solid state storage, smaller SSD vendors had a chance.

OCZ was one of the first to make the transition from PC component vendor to SSD manufacturer. OCZ eventually fully embraced its new life, shedding almost all of its former product categories with the exception of power supplies.

Corsair on the other hand was much more cautious. Not interested in diving headfirst into a market full of teething pains, Corsair held off on its first SSD introduction. Even after it entered the market, Corsair remained conservative when it came to adopting new controllers. Corsair shipped Samsung when it wasn't attractive and was late to the party with both Indilinx and SandForce. Only its forays into the Marvell world were somewhat unique, but mostly because companies without firmware teams tended to stay away from Marvell.

Being conservative kept Corsair out of trouble for the most part (the SandForce issues unfortunately impacted everyone), but it also did nothing to establish the company as a serious player in the SSD space. Realizing there's no chance of winning if you play it too safe, Corsair announced a new SSD based on a new controller at Computex earlier this summer. 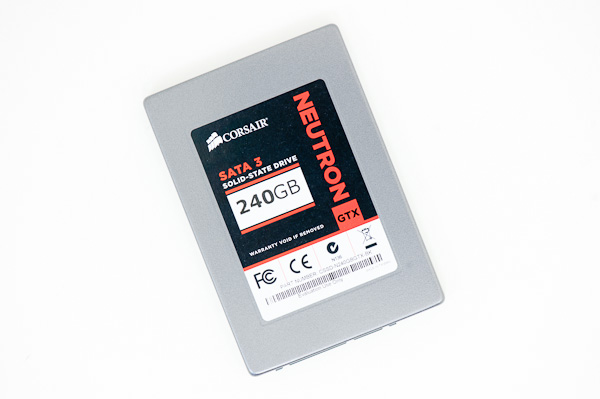 The drive is the Neutron, and the controller maker? Link A Media Devices, aka LAMD (Corsair is a bit better at marketing). At the time, Link A Media wasn't very well known in the enthusiast community although the acquisition announcement from SK Hynix a few weeks later helped to change that.

Link_A_Media Devices and The LM87800 Controller

Despite our unfamiliarity with the company, LAMD has been around building storage controllers for the past 8 years. The LM87800 (the heart of Corsair's Neutron) isn't its first SSD controller, but previous designs have been mostly focused on the enterprise with no major consumer wins. The company is probably better known for its HDD controllers that were used in consumer drives from Toshiba in the past. The experience in both building consumer storage controllers and SSD controllers clearly paid off in the maturity of the LM87800. As its first foray into the consumer space, the LM87800 looks less like an experiment and more like an entrenched competitor.

Still, there are hints of LAMD's size and the LM87800's newness. Low queue depth sequential read performance needs work, as does performance with small transfer sizes. Neither of these significantly impact end user performance, but they point to LAMD having to make a tradeoff in terms of what was focused on for this launch.

The LM87800 has an integrated hardware AES-128/256 encryption engine, but it's not in use on the Neutron GTX. Future LM87800 based SSDs could elect to use it, although it's not entirely clear to me why Corsair opted against it.
Internally the LM87800 features two ARM cores, likely ARM9 designs. Similar to other dual-core controllers, one core handles host transactions while the other manages the NAND and FTL (Flash Translation Layer, responsible for mapping LBAs to Flash blocks/pages). There's additional specialized hardware spread throughout the LM87800 controller, however specifics were impossible to come by.
The controller is paired with 256MB of DDR2-800 in the case of the Neutron GTX. Given the size of the DRAM, LAMD is probably caching some user data inside it as well as using it to cache tables and other data structures responsible for the FTL.

Both ONFi and Toggle mode NAND devices are supported. The LM87800 is an 8-channel device and supports up to 4 chip enables per channel for a maximum of 32 addressable NAND die.

The LM87800's spare area can be configured in firmware. Corsair opted to set aside ~13% of the total NAND as spare area for bad block replacement, wear leveling, recycling and general garbage collection. This gives the Neutron GTX the same capacity targets as most SandForce based drives (e.g. 120GB, 240GB, 480GB, 960GB). The relationship between NAND capacity, advertised capacity and what you see in your OS as usable space is in the table below:

The LM87800 doesn't employ any real time compression or data deduplication algorithms and thus behaves like a traditional SSD controller. There's no support for hardware based encryption. LAMD claims to integrate DSP-like functionality (a la Anobit?) to help increase endurance,

The controller supports eight NAND channels and a 6Gbps SATA interface, which are par for the course. There's not much else I know about the controller's architecture unfortunately. These companies tend to keep quiet about what they're doing internally as to avoid any potential patent challenges or give anyone a competitive advantage. Much of the secret sauce here is obviously in the firmware, the hardware is simply an enabler. 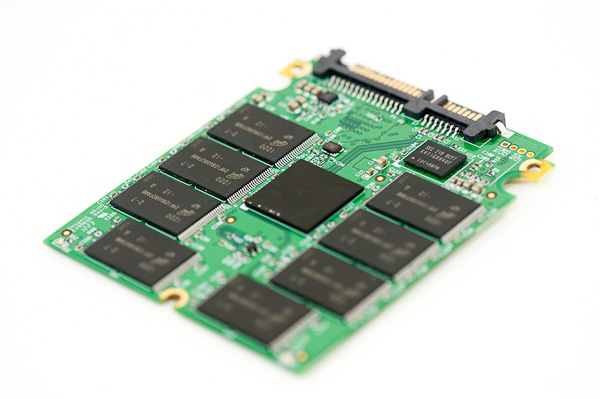 One of LAMD's claim to fame is its eBoost technology, which uses signal processing algorithms to increase NAND lifespan. Admittedly eBoost mostly matters for companies that choose to use lower quality NAND or for enterprise deployments - neither of which apply in the case of the Neutron. LAMD argues eBoost's  impact on data retention is potentially valuable if you keep your SSD a very long time (remember NAND endurance and data retention are related). The LM87800 also features the usual assortment of techniques to maintain data integrity such as refreshing of infrequently used NAND cells.
The Neutron & Neutron GTX
Tweet
PRINT THIS ARTICLE
Comments Locked