The most visible improvement of the new iPad is naturally its Retina Display. Originally introduced with the iPhone 4, the concept of an Apple Retina Display was created to refer to a display where the pixel density was high enough that the human eye, at a standard viewing distance, could not resolve or identify individual pixels.

Unlike traditional OSes, iOS doesn't support a laundry list of display resolutions. The iPhone was introduced at 480 x 320 (3:2 aspect ratio), while the iPad came to be at 1024 x 768 (4:3 aspect ratio). Rather than require iPhone applications be redesigned for a higher resolution iPhone, Apple simply doubled both the vertical and horizontal resolution for the iPhone 4—maintaining the same aspect ratio as the previous models, and only requiring higher quality assets, not a redesigned UI, to take advantage of the new display. 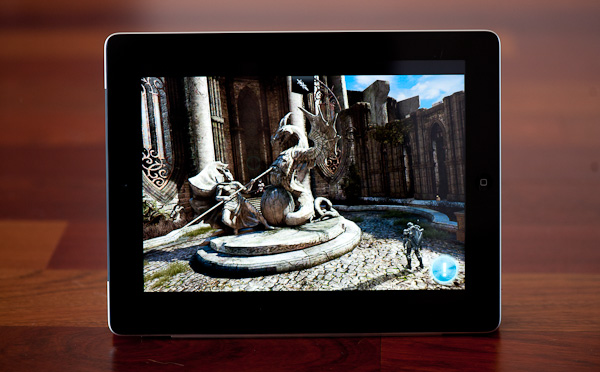 The iPad on the other hand always required a redesigned UI to make the most of the iPad's larger display and higher resolution. With a different aspect ratio, simply scaling up an iPhone app wouldn't work (although to enable backwards compatibility Apple did allow you to do just that). Admittedly Apple wouldn't want to allow such easy portability between iPhone and iPad apps as it wanted the extra effort to improve the quality of tablet apps.

The new iPad does what the iPhone 4 did and doubles both horizontal and vertical resolution: from 1024 x 768 to 2048 x 1536. All iPad applications work by default as developers don't directly address pixels but rather coordinates on the screen. Existing apps take up the full screen, and if higher resolution images are present they are used as they avoid the interpolation associated with scaling up an image designed for the original iPad resolution. For example, below we have a makeshift iOS icon in three different forms—10x7 native (72x72), upscaled to a 2x version using bicubic interpolation (144x144), and a 2x resolution version (144x144):

More traditional OSes have always given you additional desktop real estate with increased resolutions. iOS simply gives you a better looking desktop. This distinction is arguably one of the reasons why the new iPad's display can be so polarizing. As consumers of high-end displays we're used to higher resolution going hand in hand with a larger panel size. Alternatively, we're used to a higher resolution enabling us to see more on a screen at one time. In the case of the new iPad, the higher resolution just makes things look sharper. It's a ton of work for an admittedly more understated impact, but it's the type of thing that simply had to be done.

Apple has created such a healthy marketplace with the app store that developers are eager to quickly deliver apps with updated graphics for the new iPad. Sure enough, by the day of launch we saw several high profile applications with higher resolution assets for the new iPad. The motivation to have Retina Display support is huge as Apple is actively promoting those apps that have been updated for the new iPad via the app store: 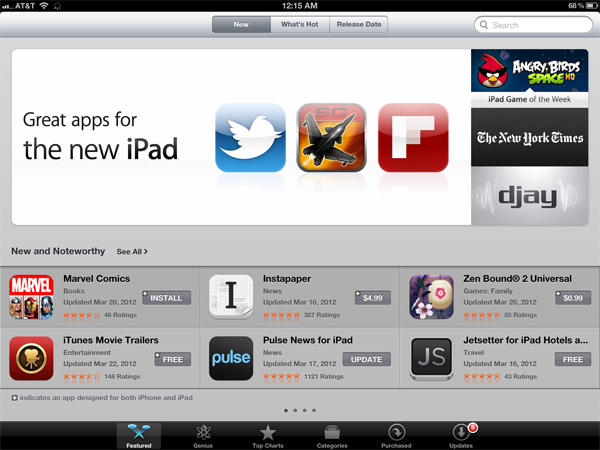 These updated apps now come with larger image assets, which can increase the total app size. Not all apps will grow in size (e.g. Infinity Blade 2 simply renders at a higher resolution vs. using tons of new content, not to mention that textures are already heavily compressed) but some have/will. The retina burden unfortunately impacts all iPads as there's only a single app package delivered upon download. Even if you don't use them, the higher resolution retina graphics are there.

Games are a special exception to the 2x asset scaling of the new iPad. Applications that simply have their UI accelerated by the A5X's GPU do fairly well at the iPad's native resolution. 3D games are another story however.

If all you're doing is determining the color of a single pixel on the screen, not impacted by lights in 3D space or other transparent surfaces above the surface, it's a relatively simple and painless process. For the majority of what you're looking at in iOS, this is simply the procedure. The app instructs the drawing APIs to place a red pixel at a set of coordinates and that's what happens. In a 3D game however, arriving at the color value of that pixel can require quite a bit of math, and quite a bit of memory bandwidth.

Game developers have a few options on the new iPad. One option is to not update a game, running it at 1024 x 768 and rely on the iPad's scaler to upscale the image to 2048 x 1536. The game will take up the full screen, run faster than on the iPad 2, but it won't necessarily look any better. Low resolution content upscaled to a higher resolution display still maintains much of the aliasing you'd see at a lower resolution.

Another option is to render all scenes at the new iPad's resolution: 2048 x 1536. With four times the number of pixels to fill and only 2x the compute and memory bandwidth compared to the iPad 2, this will only work for fairly lightweight content. Not to say that it's impossible—even GLBenchmark's Egypt test, in its current form, actually runs very well at the new iPad's native resolution. Many stressful 3D games won't fall into this category however.

The third, and more popular option is for a game developer to render all frames offscreen at an intermediate resolution between 1024 x 768 and 2048 x 1536, then scale up to the panel's native res. So long as the developer maintains aspect ratio, it'll be possible to use this approach and get a good balance of higher resolution and performance. 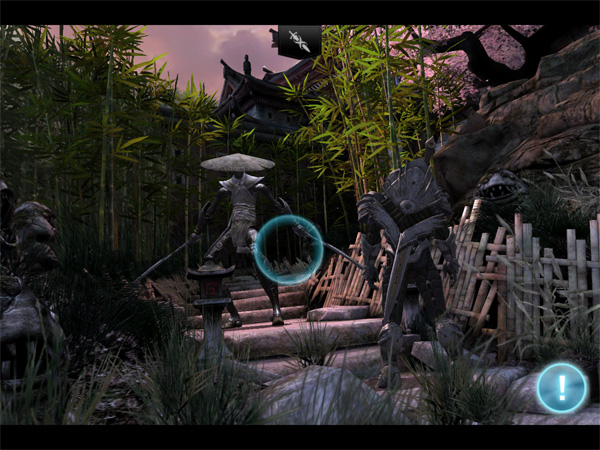 Infinity Blade 2 for the new iPad Renders at roughly 1.4x the iPad 2's resolution, then upscales to fill the screen

Infinity Blade 2, for example, renders offscreen at roughly 1.4x the resolution of the iPad 2 before scaling up to 2048 x 1536 for final display. The result is a sharper image than what you'd get on an iPad 2, without sacrificing performance.

Game developers may choose to increase the level of anti-aliasing instead of or in combination with an increase in resolution. As we'll discuss shortly, Apple's A5X does come equipped with more GPU execution resources and dedicated memory bandwidth for graphics that would allow for an increase in quality without a corresponding decrease in frame rate.

The new iPad The Display: In Numbers
Tweet
PRINT THIS ARTICLE
Comments Locked