Like many OEMs, ASUS sources SSDs from two vendors for its Zenbook line: ADATA and SanDisk. Unlike Apple however, the division isn't random. ADATA supplies all 128GB drives while SanDisk handles the 256GB drives. The explanation is simple: ASUS needed a drive that could fit all of its NAND on a single side. SanDisk had a 256GB offering that met those needs; ADATA/SandForce did not.

ASUS didn't specify what SanDisk controller was in use on the 256GB drives, but I suspect it's the U100. ASUS supplied the following test data comparing the two SSDs:

Performance is actually comparable between the two, which is surprising. I'm going to see about getting my hands on a 256GB SanDisk model for comparison to verify for myself. The sample laptop we received comes with the 128GB ADATA drive, which performed quite well in our tests: 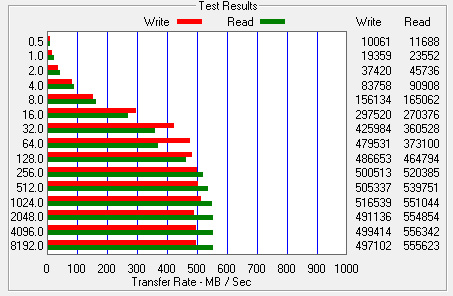 Granted you're looking at highly compressible datasets, but being able to break 500MB/s puts this drive up there with the standard desktop SF-2281 offerings.

If you caught our Zenbook teardown you may have noticed a firmware label on the ADATA drive indicating it was using SandForce firmware revision 3.2.2. Uhoh! SandForce just recently announced that there is a known bug in all version of the SF-2281 firmware prior to 3.3.2 that can cause BSODs. I asked ASUS when we'd see an updated firmware and why on earth it chose to ship a drive with a widely known bug. 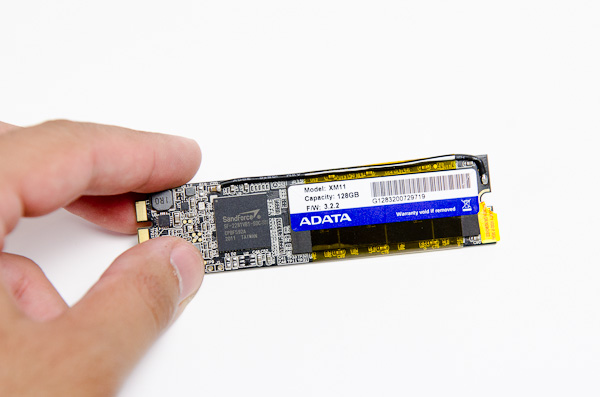 During development, ASUS tested 100+ Zenbooks with 100+ samples of the ADATA drive. The testing included over 50,000 accumulated reliability tests including rapid sleep/wake cycles, 3DMark and other application based tests. In addition to pre-production testing, ASUS conducted additional testing on mass production units. Throughout this entire process ASUS didn't see any reliability issues with the SandForce drives and thus felt comfortable shipping with them. I should add that we have seen many cases where the SF BSOD bug simply won't appear on certain platforms, lending credibility to ASUS' claims that the SandForce drives proved stable during testing.

That being said, I'd still feel more comfortable with an upgrade to 3.3.2 if it turns out that this firmware revision does in fact fix a known issue with the drive.

I pointed out the obvious rework on the ADATA SSD to ASUS engineering. The team responded by saying the rework was implemented to reduce EMI, which was a bit too close to the margins before the change. The rework has since been incorporated into a surface mount component design which will ship in a future spin of the drive. I'm not a huge fan of reworks on shipping products but from time to time they do appear. The nature of the rework and quality of the workmanship are also important to keep in mind, both of which are less alarming in this case than others.