A little over a month ago we quietly introduced a new section to AnandTech called Pipeline. You'll find it in the right hand column of the site where we display the most recent 7 stories. The goal behind Pipeline is simple: to bring timely reporting on news that may not be deserving of the full AnandTech review treatment. These short stories won't replace our review content, they will simply augment it. The Pipeline team today is five-strong: Andrew Cunningham, Craig Getting, Jason Inofuentes, Kristian Vättö and Saumitra Bhagwat. Although if any of us from the reviews team find ourselves in a situation to post over there we will, as you may have already seen. Similarly, you may see (and have seen already) reviews from our Pipeline team.

Stories posted in Pipeline follow our same basic editorial guidelines. We have strict policies against sensationalism, link baiting and rumor mongering - we have no desire to contribute to the "we heard Apple is working on a new shoe!" noise on the web today, Pipeline is simply our way to get out little nuggets of information that we feel are interesting while we're working on the bigger reviews. You may even see bits and pieces of our really big reviews highlighted in Pipeline (e.g. our Mali-400 Pipeline story). If you follow us via RSS, Pipeline stories already appear in the main feed. If you'd like a Pipeline specific feed click here, or our normal long form only feed has now moved here. Pipeline posts also appear on our Twitter account and Facebook page. 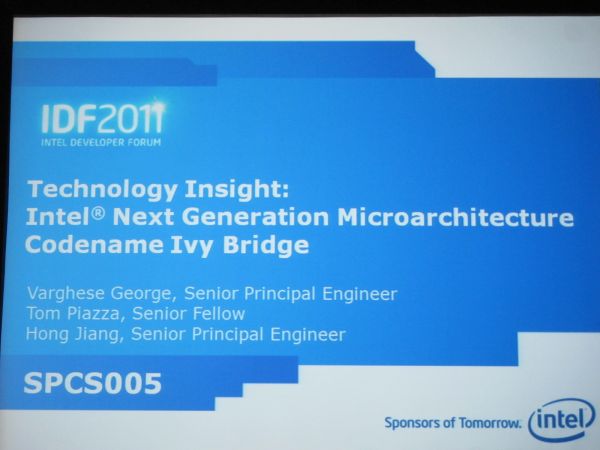 Since we posted a ton of IDF coverage in Pipeline over this past week I thought I'd round it all up here in a post in case anyone missed it. Below is everything we covered at IDF (and yes, that Ivy Bridge tech piece is still coming - I've had a busier than expected couple of days of meetings - sorry for the delay :)):

- Ultrabooks on Video: Rapid Start & Smart Connect
- LG's Shuriken Self Refreshing Panel Aims to Improve Notebook Battery Life by Up to an Hour
- Meet the Ultrabooks: OEM and ODMs Show Off Designs at IDF