Our impressions with the Galaxy S II are very positive, it's much improved over the Galaxy S. Probably the most immediately appreciable change is the completely different screen and in-hand feel. Samsung's Super AMOLED Plus display does away with the PenTile grid that graced the original set of AMOLED displays, and instead uses an RGB line array just like a normal LCD. 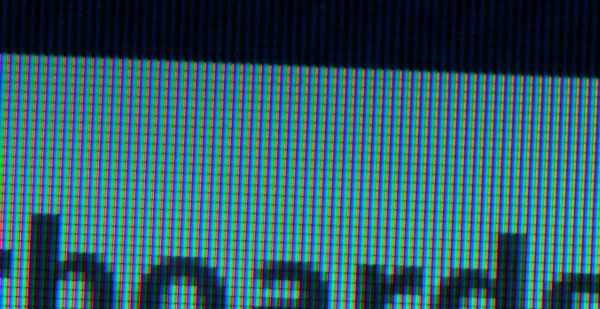 At the same time, Samsung is advertising response rates of below 1 ms, improved gamut, and viewing angles. From what we saw, Super AMOLED Plus was impressive, and having a 4.3" screen doesn't seem unmanageable compared to 4". 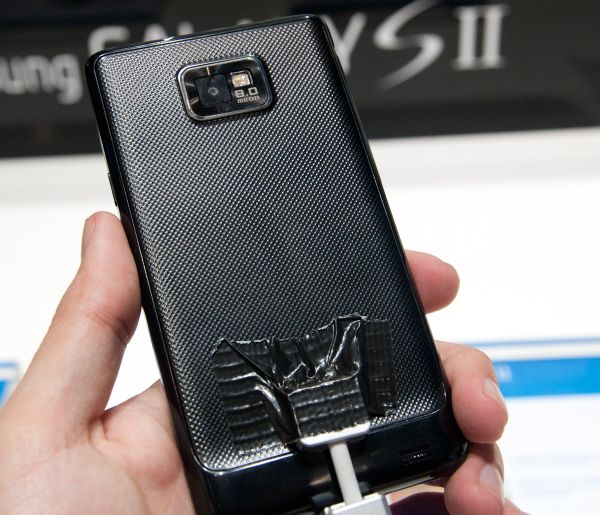 The backside of the Galaxy S II is completely changed - thank goodness. Gone is the super-slick and scratch prone glossy plastic. In its stead is a textured surface that won't show aging nearly as much. The entire back doesn't peel up to reveal the battery, just square shaped area. During our testing and just playing with the Galaxy S II, the phone seemed to get inordinately hot, much hotter than I remember any other smartphone getting. It's also impressively thin - just 8.48 mm compared to the already super thin 9.91 of the old Galaxy S, and thinner than the iPhone 4's 9.3 mm. 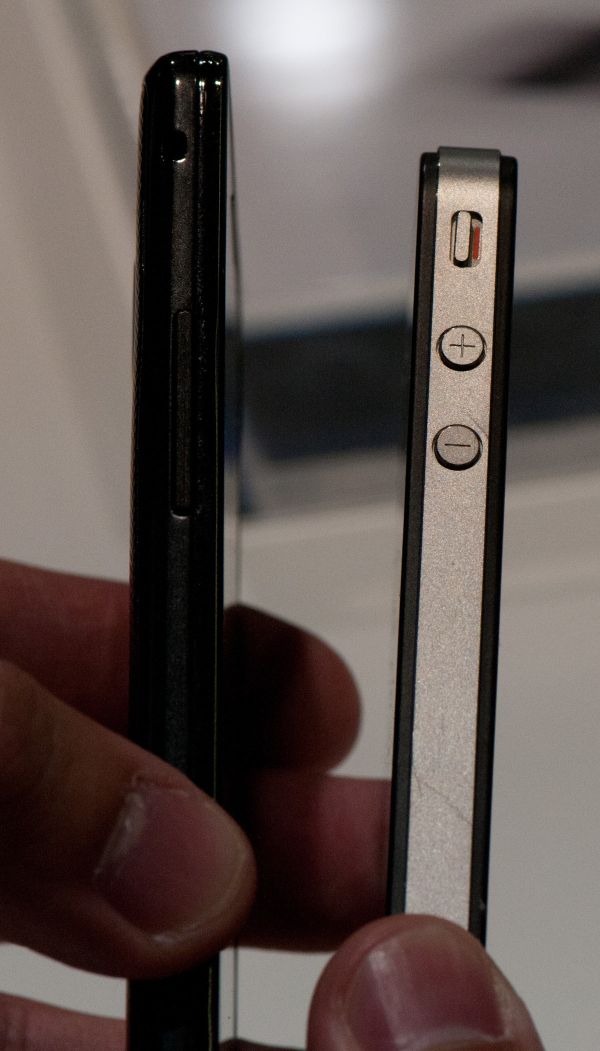 Almost all of the button placement is the same as the old Galaxy S, what's curiously different is the presence of a center home button and removal of the Android search button. It's amazing how integral the search button really is - in some contexts (namely kwaak3) it's the only way to bring up menus since it used to be a button every Android device was guaranteed to have. Whether this is something that will change in carrier-specific versions is something that remains to be seen.

The Galaxy S II has an HSPA+ baseband with 21.1 Mbps downstream support. It's unclear whether any of the networks here at MWC have HSPA+, so although we ran speedtests, we're not sure if they're representative.