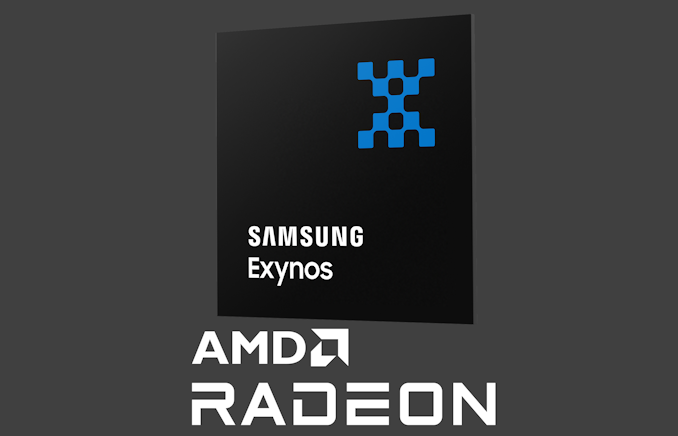 At this year’s AMD Computex 2021 keynote event, CEO Lisa Su, among a series of various new product announcements and technology disclosures, has teased some new details on the company’s cooperation with Samsung in regards to the new RDNA GPU IP that’s been licensed out and the two companies have been working on to deliver in the next-generation Exynos SoCs.

The original licensing and cooperation agreement had been first announced in June of 2019, and seemingly presented itself as a quite unique IP licencing deal between AMD and Samsung LSI, as it seemingly went beyond the usual IP block licensing deal. While we still don’t have too many official details on the exact agreement structure, the deal is said to be more of a collaborative effort between the two parties in terms of developing the IP and adapting and optimising it for low-power mobile SoC usages. This comes at contrast with the usual IP block licensing habit in the industry where the IP provider has full, and sole control over the design.

Earlier this year, Samsung LSI’s VP and GM Dr. Inyup Kang had announced that the division is planning on integrating the new AMD RDNA-based GPU in the next-generation Exynos flagship SoC.

At the event today, Dr. Lisa Su further commented on a few new details about the GPU IP:

The next place you’ll find RDNA 2 will be the high-performance mobile phone market. AMD has partnered with industry leader Samsung to accelerate graphics innovation in the mobile market, and we’re happy to announce we will bring custom graphics IP to Samsung’s next flagship SoC, with ray-tracing and variable rate shading capabilities. We’re really looking forward to Samsung providing more details later this year.

The new details being divulged here is the fact that Samsung’s implementation of the RDNA GPU will continue to carry over ray-tracing and variable-rate shading capabilities from its larger AMD PC and console GPU architecture siblings. These are two important features coming into the mobile market; while the introduction of VRS wouldn’t be the first on the market – notably being implemented in this year’s Adreno 660 GPU in the Qualcomm Snapdragon 888, it would be the second such confirmed implemented mobile GPU, and the only one from a GPU IP vendor, which AMD now seemingly is.

The addition of ray-tracing capabilities would also be a first in the mobile market. While it’s not clear how this would translate over in actual game titles on smartphones and tablets, having RT capabilities is certainly an important feature set that Samsung LSI will undoubtedly take advantage of in their marketing of the next-gen SoCs. Again, this would be the first and only RT-capable GPU IP that we have confirmation on being implemented in the industry – at least in the mobile market. Imagination’s next-gen C-Series GPU IP is also advertised to have RT, however the company in recent years has had no mobile IP wins, and AMD and Samsung will seemingly beat them to market. Meanwhile, Arm has also teased that they are working on VRS and RT GPU IP, however the recently announced Mali-G710 does not contain these features, and as such we won’t be expecting any compatible mobile Mali GPU implementation till 2023 at minimum.

The one thing that was odd about today’s announcement was the fact that AMD and Dr. Lisa Su was partly referring to the GPU IP as RDNA 2. I think this was a confounding of IP generations for the keynote and general public’s sake – RDNA 2 as a graphics IP is a 2020 matter and Samsung’s next-gen Exynos SoC coming out at the end of 2021 for 2022 flagship devices would very much indicate that this is an RDNA 3 IP generation. AMD not having officially announced or detailed RDNA 3 as of yet, and Dr. Lisa Su also more specifically referring to the use of “custom graphics IP”, also makes me feel that the mention of RDNA 2 in the marketing materials to be more of a matter of colloquialism. AMD would want to promote Samsung’s IP usage, but also not put the cart before the horse in terms of RDNA 3 announcements.

In general, today’s announcements lines up with our expectations of the AMD x Samsung collaboration. We’ll be seeing the new Exynos 2100 successor being revealed sometime towards the end of the year, and largely expect it to be employed in the Galaxy S22 generation of devices in early 2022.