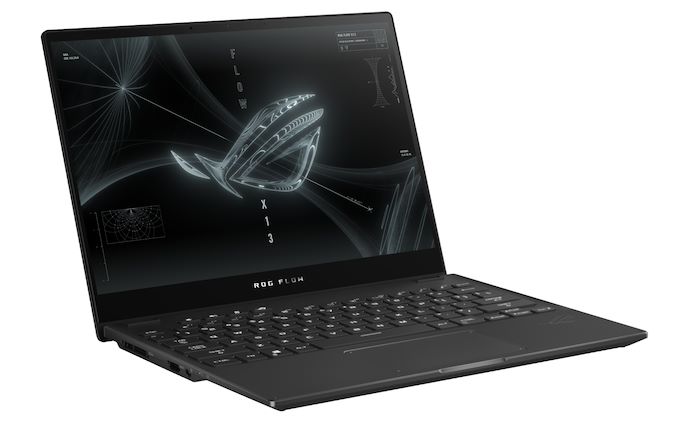 At the all-digital CES 2021 event, ASUS has unveiled a brand new convertible 14" gaming laptop, the ROG Flow X13. The Flow X13 can harness the power of AMD's Ryzen 9 5980HS mobile processor, with an NVIDIA GeForce GTX 1650 graphics card, with a flippable 360° touch screen.

The ASUS ROG Flow X13 represents an interesting segue into the gaming capable convertible space. Some of its most notable design aspects revolve around the 13.4" display, which has a 16:10 aspect ratio, with support for both touch and stylus input. The screen is coated with robust Corning Gorilla Glass, supports adaptive sync, and includes Pantone color validation. In terms of specification, the panel will be available with either 1080p 120 Hz or at 4K. 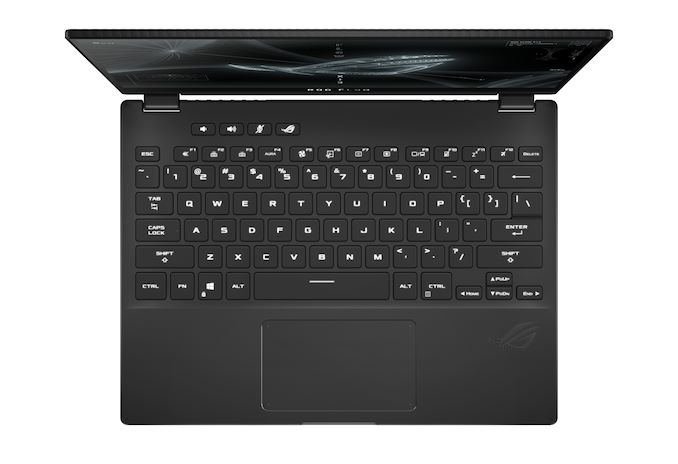 One of the biggest features includes its ability to convert into four different configurations on the fly, including a regular laptop, tablet, tent, and stand modes. Looking at the internals, the ROG Flow X13 will support up to and including the Ryzen 9 5980HS mobile processor, with up to and including NVIDIA GTX 1650 graphics. ASUS also states that it will be using AMD's top binned CPUs for this model to ensure the best performance and highest quality silicon.

Another claim from ASUS is that the ROG Flow X13's battery can hold out up to 18 hours, with 10 hours of expected battery life during continuous video playback. It comes supplied with its new 100 W USB Type-C PD charger that can charge an empty battery to 60% in around 39 minutes.

ASUS hasn't revealed when the ROG Flow X13 will be available to buy and hasn't supplied any pricing information. 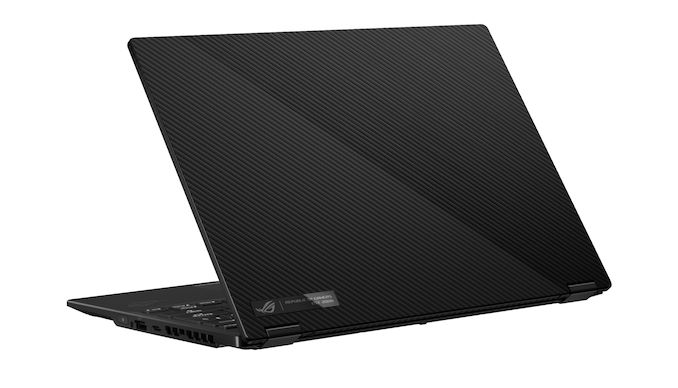