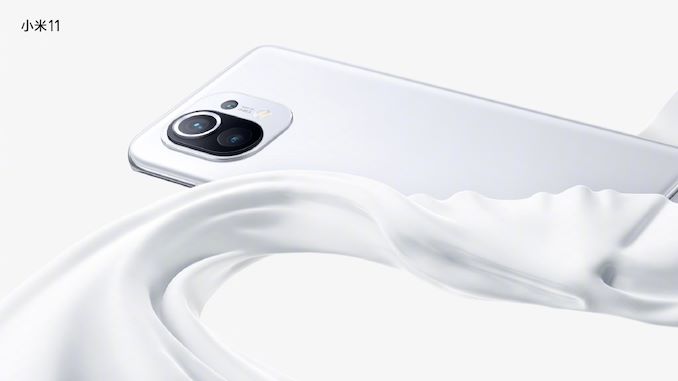 Today Xiaomi held the Chinese launch announcement of the new Mi 11 – the company’s new mainstream flagship phone for 2021. The new phone features a new super-high-end OLED screen that ticks off every checkmark feature that you’d expect from a 2021 design, including 1440p resolution and 120Hz refresh rates, features the new Snapdragon 888 SoC at its heart – as well as comes in a new thinner, lighter, and more stylish industrial design compared to its predecessors.

At the heart of the new Mi 11 lies the new Qualcomm Snapdragon 888 SoC. The new 5nm chip is the first to use Arm’s new Cortex-X1 cores, with Qualcomm also claiming large GPU performance boosts this generation. What’s more different from the previous Snapdragon 865 flagship design is that the new S888 reverts back to a monolithic SoC design that integrates the 5G modem back into the SoC – in turn this means that there’s more PCB component space in available inside the phone and vendors can optimise their designs better.

The new Mi 11 also features either 8GB or 12GB of the new LPDDR5 memory at its full 3200MHz speed (6400MT/s), and comes in either 128GB or 256GB storage variants, although we’re missing details on the specifications of the modules used here. 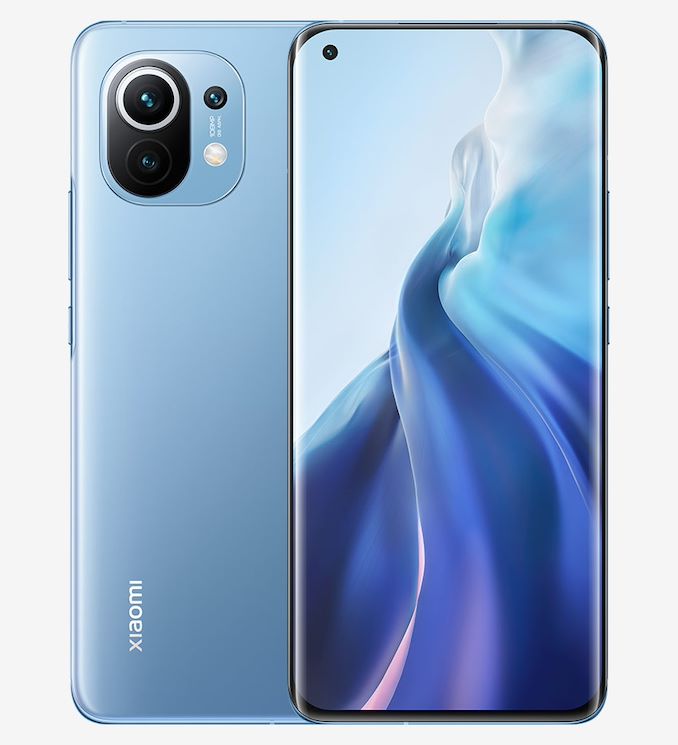 In terms of design, the new Mi 11 is quite a departure from the Mi 10, being a much sleeker device than its predecessor. Xiaomi has been able to reduce the bezels of the device on all sides, still using a curved front and back glass design that fits well into your palms. The new design is actually 0.9mm thinner than its predecessor, now coming in at 8.06mm, and also shaves 12g off its weight at 196g – still relatively heavy, but not as much as its predecessor.

The most exciting feature of the Mi 11 has to be the new OLED screen. It’s grown a bit compared to its predecessor, filling in the space in place of the bezels, going from 6.67” to 6.81”, but the most important aspect of the phone is the fact that this is now a QHD class resolution at 3200 x 1440 – a first from Xiaomi OLED screen and a resolution we haven’t seen used by the company since back in the LCD days.

Furthermore, this is a bleeding-edge display, featuring a 120Hz refresh rate, and is advertised as being a new generation 10-bit panel that also features up to 8192 brightness levels – pointing out to a new generation DDIC. The panel also is advertised as using a new next-generation emitter material, and Xiaomi claims it goes up to 1500 nits brightness, which is a notch above what we’ve seen from 2020 phones.

Lastly, like a cherry on top of the cake, the panel features a staggering 480Hz touch input rate, which is the highest we’ve heard of in the mobile industry, and hopefully results in outstanding touch input and scrolling fluidity. 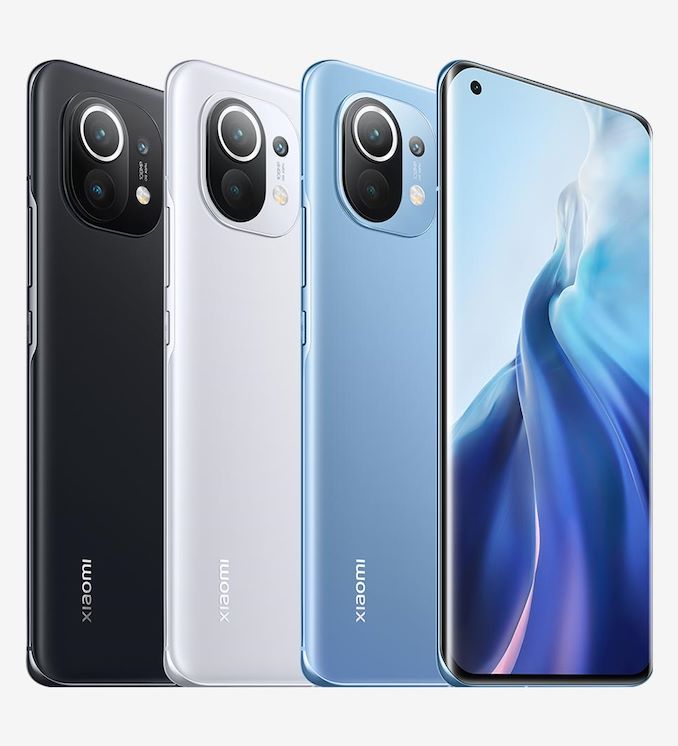 Other features of the new design includes a redesigned camera setup, which transitions from a completely vertical camera arrangement to a new rounded square element with three camera modules. 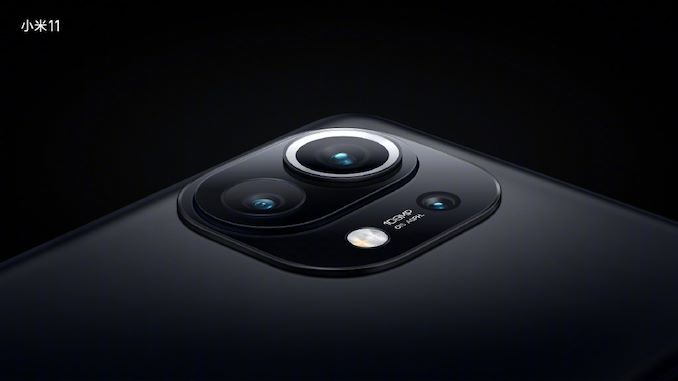 Unfortunately for today’s announcement the Mi 11’s camera specifications were quite sparse. What we do know is that the main camera is again a 108MP module, similar to that of its predecessor, but we don’t know if it’s the exact same sensor, or a newer iteration. What we do know is that the optics are definitely different as the aperture now lands in at f/1.89 instead of f/1.69 – an actual positive change in my view as the optics of the Mi 10 was one of its main weaknesses.

Alongside the main camera there’s a 13MP ultra-wide angle with a 123° FoV and F/2.4 aperture, as well as a 5MP 2x optical 50mm equivalent telephoto module with f/2.2. That latter module sounds a bit lacklustre – maybe we’ll see an eventual Mi 11 Pro with a stronger telephoto module.

Today’s announcement covers the Chinese variant of the phone, with the global and European variants certainly to follow in the next few weeks. Pre-orders for the Chinese models start today with delivering going out the 1st of January, with the Mi 11 with an 8+128GB variant coming in at ￥3999.00, or USD $611. Western prices are certainly set to be different, but that’s already a quite promising start for the new flagship.