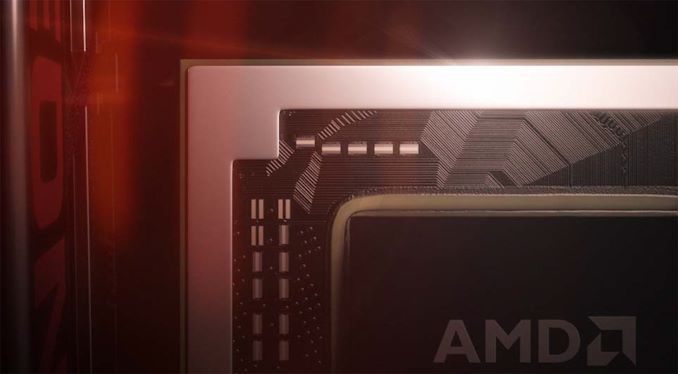 AMD’s 2nd Generation EPYC processors have gained a strong recognition among cloud computing companies, and today numerous instances are powered by AMD’s latest server CPUs. By contrast, however, the company has not been particularly successful with its datacenter GPUs, so instances powered by EPYC CPUs and Radeon Instinct accelerators are rare. Things are getting better for AMD, though, and this week Microsoft Azure began to offer virtual machines that offer both AMD’s CPUs and GPUs.

An all-AMD affair, Microsoft's new Azure NVv4 Virtual Machines offer 32 cores from AMD 2nd gen EPYC processors paired with AMD's Radeon Instinct MI25 GPU. EPYC at this point is a known quantity as the latest and greatest CPU architecture from AMD, living up to the expectations that come from it. Pairing it with the Radeon Instinct MI25, however, is an unusual choice. The MI25 is from AMD's first generation of Instinct accelerators, and uses the company's 14nm Vega 10 GPU. This is in contrast to the newer MI50/MI60 accelerators, which are based on the newer 7nm Vega GPU, and incorporate some new server-specific features. So the NVv4 instance's GPU offering is admittedly less than AMD's best showing from a performance and power efficiency standpoint.

The virtual machines are meant to run virtual desktops and to be used for a variety of desktop and workstation workloads that take advantage of multi-core CPUs as well as high-performance GPUs. Depending on requirements, the systems offer four resource-balanced configurations, from 1/8th GPU and four CPU cores, to a full GPU with 32 CPU cores. Microsoft notes that for security reasons one VM can only access the GPU resources assigned to them and the secure hardware partitioning blocks unapproved access by other VMs.

These new instances will be available in South Central US, East US, and West Europe regions starting April 1. Microsoft intends to offer more AMD-powered NVv4 VMs in other regions on the coming months. 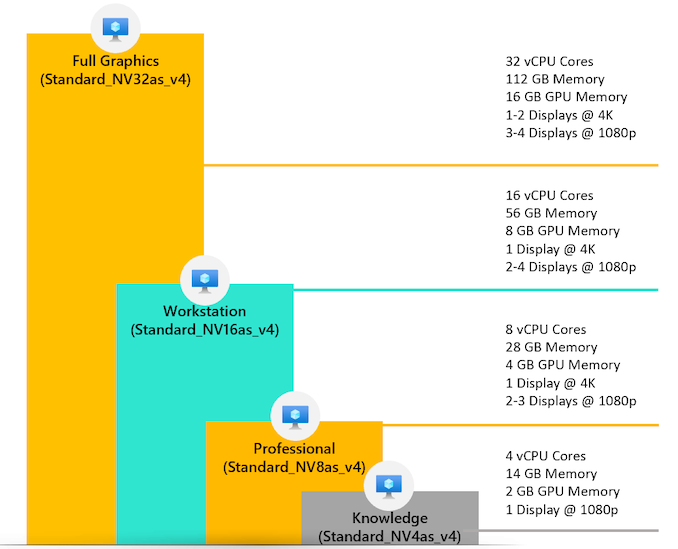 In addition to the NVv4 VMs, Microsoft Azure offers Dav4, Eav4, HBv2, and Lsv2 instances based on AMD’s EPYC processors.