Spotted at Computex: An M.4 SSD with a PCIe 3.0 x8 Interface 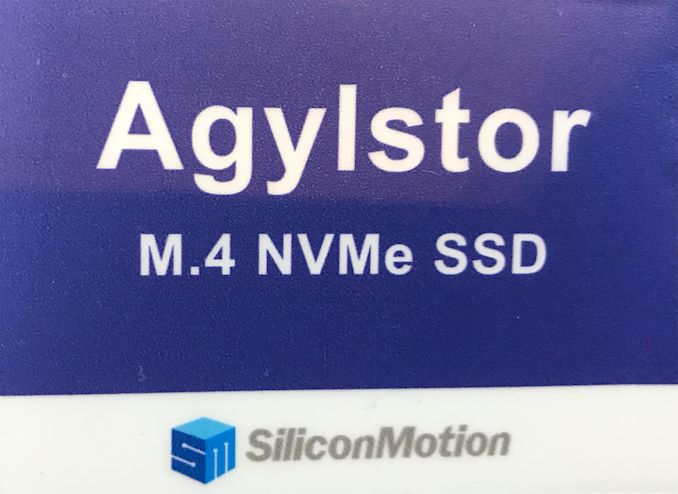 M.2 SSDs nowadays are used for a wide variety of applications, whereas Samsung tried to promote its next generation small form-factor (NGSFF) for enterprise-grade solid-state storage under the M.3 moniker (yet later renamed it to NF1). Apparently, there are companies that are working on SSDs in the so-called M.4 form-factor. One of such drives was spotted at Computex.

Silicon Motion demonstrated Agylstor’s M.4 NVMe SSD at the trade show earlier this month. The drive is based on SMI’s own enterprise-grade SM2270 controller based on three pairs of ARM Cortex R5 cores to support 2KB LDPC error correction and featuring 16 NAND channels with 8 CE per channel (128 CE in total) as well as a PCIe 3.0 x8 interface. Meanwhile, the SSD was assembled by SMART Modular.

Agylstor’s M.4 NVMe drive is essentially two M.2 SSDs (PCBs) glued together. The construction allows to install 16 NAND packages (eight on both sides) and thus offer an doubled capacity. Meanwhile, a PCIe 3.0 x8 interface promises a very strong performance. Keeping in mind that we are talking about an enterprise-grade controller and appropriate drives, we mean sustained performance, not peak performance.

Agylstor is a startup that develops specialized storage subsystems for a wide variety of applications from drones to video & film production as well as from IoT to oil & gas exploration. That said, Agylstor does not necessarily need to make SSDs compatible with general-purpose PCs for many reasons.

At present, it is unclear when Agylstor plans to release its M.4 NVMe SSDs. 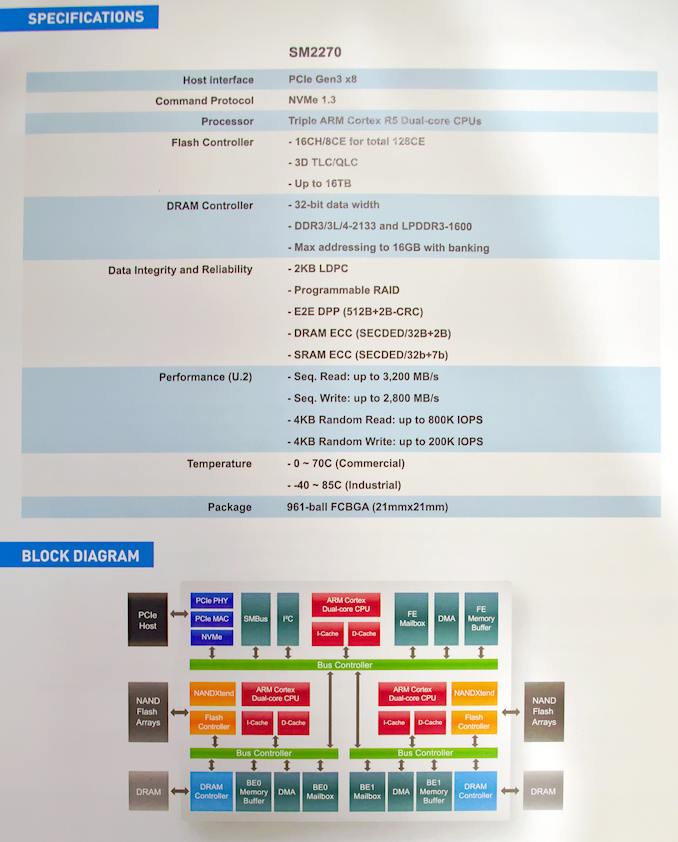