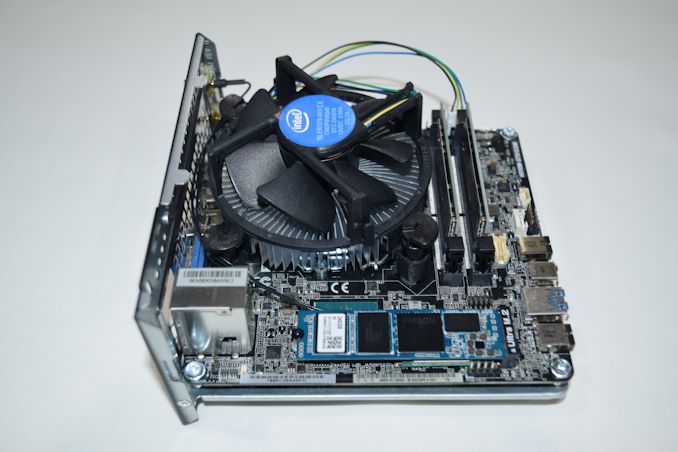 Small form-factor PCs and gaming systems have emerged as bright spots in the mature PC market over the last decade or so. Intel's NUC form-factor introduction was the turning point in the SFF segment, though it came with a few limitations for DIY enthusiasts. While mini-ITX systems are quite flexible and compact, Intel realized that the market could do with an option between the NUC and the mini-ITX systems. The mini-STX (5-inch by 5-inch, known as '5x5') form-factor was launched in 2015. ASRock and ECS have introduced a number of mini-STX form-factor boards and systems. Today, we are taking a look at a low-cost H310 chipset-based mini-STX system from ASRock: the DeskMini 310.

ASRock was one of the pioneers in the SFF PC space with their Core and Vision series of products using customized boards. After Intel's NUC and mini-STX became popular, the company introduced the Beebox (NUC clone) and the DeskMini (mini-STX and micro-STX) series into the market. The DeskMini units are sold as barebone packages, coming with the chassis, motherboard, power supply, Wi-Fi module, and assorted cables. Users need to supply a CPU, a CPU cooler, DRAM, and storage.

The DeskMini 310 comes with the motherboard pre-installed in the chassis. Users need to supply their own CPU, DDR4 SODIMMs, and M.2 PCIe SSD and/or 2.5" drives. Installing them involves the removal of four screws and pulling out of the motherboard tray. The M.2 Wi-Fi module comes in a separate package (as shown in the above picture) and is not pre-installed. The other cables (such as the dual USB 2.0 port cable for connecting to the motherboard's USB 2.0 header, the serial port cable, and the SATA connectors) also need to be user-installed. The package also comes with a 120W (19V @ 6.32A) power adapter 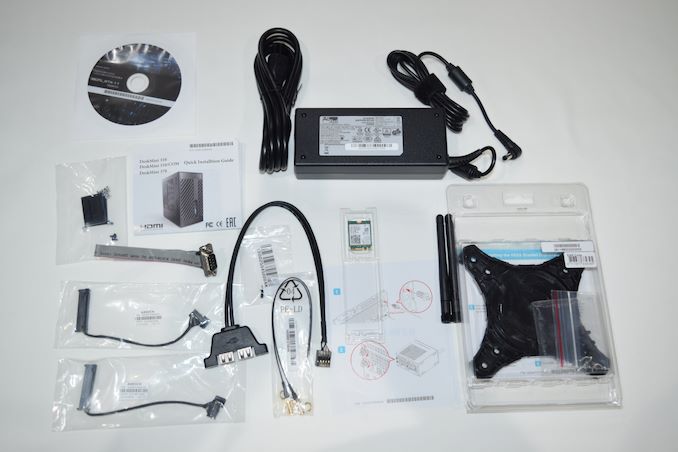 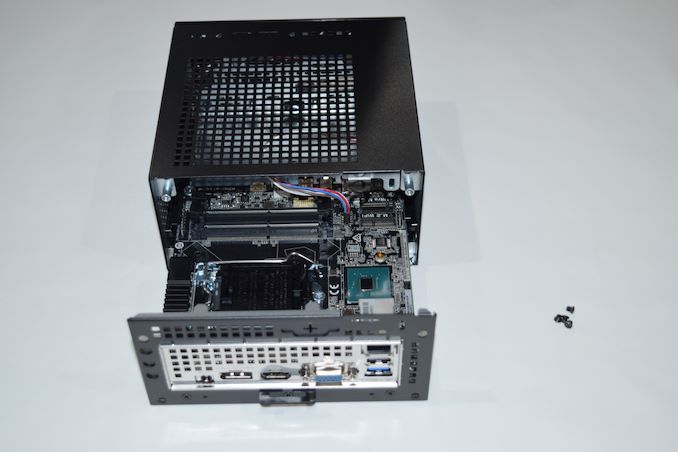 Moving on to the features of the motherboard itself, we find the DeskMini 310 enabling the M.2 SSD slot with four PCIe 3.0 lanes directly from the CPU. The PCIe lanes off the H310 chipset are used by the Wi-Fi module. The main difference compared to the DeskMini 110 board is the presence of a micro-SD slot. Other features (such as the ability to accommodate two 2.5" drives) are carried over from the DeskMini 110. 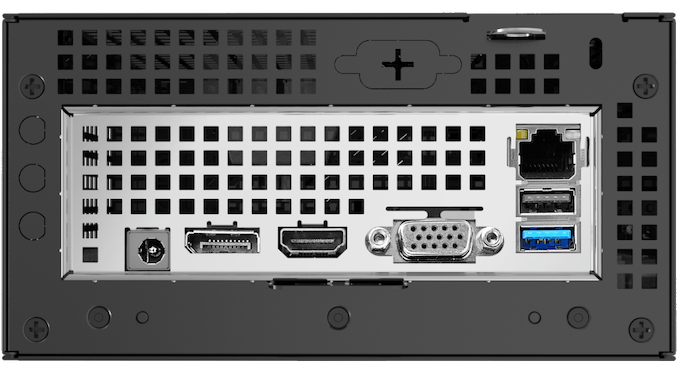 ASRock sampled us a barebones unit of the DeskMini 310. In order to complete the build, Intel helped us out with a Core i3-8100 (the budget H310-chipset is usually paired with one of the compatible low-end Core-series or Pentium/Celeron processors). We used a 240GB Phison PS5007 reference design with MLC flash for the NVMe drive (roughly equivalent to the Corsair FORCE MP500 or the Kingston KC1000) and Team Group's Vulcan DDR4 SODIMMs rated for 2400 MHz operation. 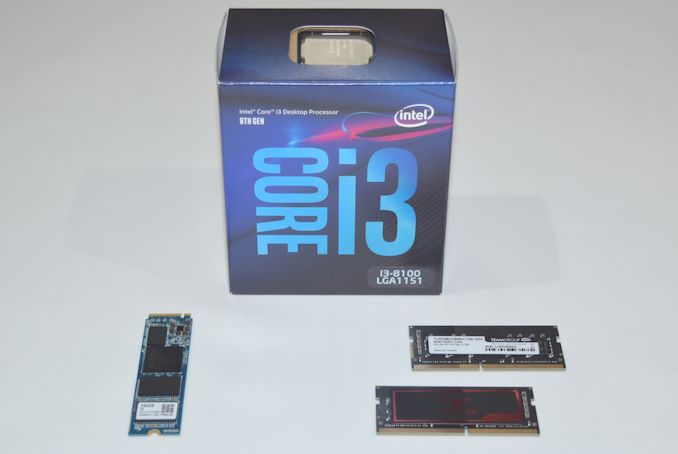 The specifications of our ASRock DeskMini 310 review configuration are summarized in the table below.

In the table below, we have an overview of the various systems that we are comparing the ASRock DeskMini 310 against. Note that they may not belong to the same market segment. The relevant configuration details of the machines are provided so that readers have an understanding of why some benchmark numbers are skewed for or against the ASRock DeskMini 310 when we come to those sections. 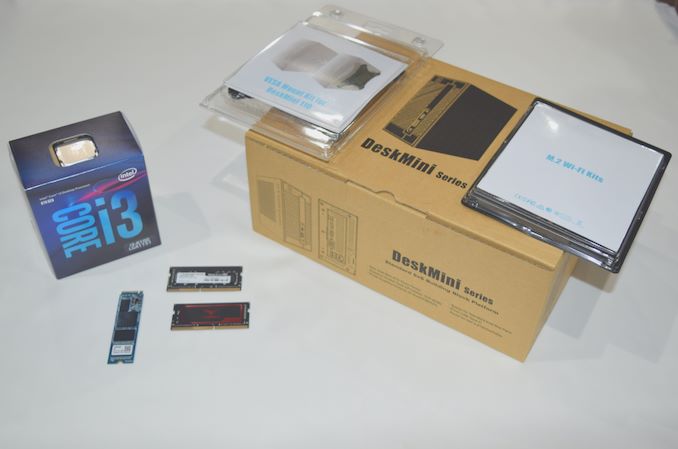