Most of the GT83VR Titan carries over from the original GT80 Titan. The chassis is exactly the same, the 18.4-inch display is the same, and the keyboard location, along with the right-mounted trackpad with a switch to enable it to be used as a number pad is all the same. This is still a big beast of a notebook, and it is really designed to be used on a desk. It’s portable, but only from desk to desk. That might seem like a detriment, but with everything, there is compromise, and the benefits of something this big is that the performance can be pretty much as good as a high-end desktop, and the cooling should be able to keep up. 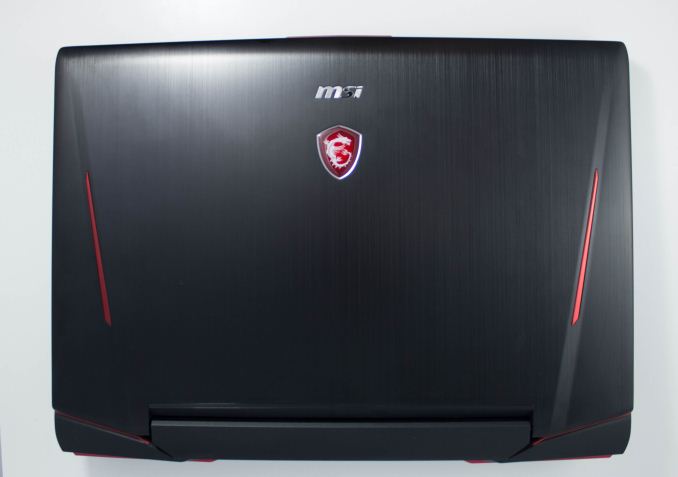 The big changes in design with this revision, and specifically with the Kaby Lake upgrade which arrived earlier this year, is the new Steelseries keyboard. As previously mentioned, the keyboard now features Cherry MX Speed Silver switches, and per-key RBG lighting. Previously Cherry MX Brown switches were utilized. Switch preferences seem to be a very personal taste, and the Speed Silver is similar to the Cherry MX Red, with a linear actuation. In this case, it’s 1.2 mm for the actuation point, and approximately 45 cN actuation force. This is the same actuation force as the Cherry MX Red, but with a lower actuation point of 1.2 mm vs 2 mm. Cherry states that the Speed Silver is 40% faster than the Cherry MX Standard switch.

The new switch also brings per-key RGB lighting, which is a nice upgrade from the original GT80 Titan which just had red keyboard backlighting. Certainly, there are those that may feel that per-key RGB lighting is silly, but there is no reason not to include it on a notebook at this price, and in fact it would be missing a feature that the competition has, so this needs to be here. Lighting sells. It’s an easy way to customize a notebook to your own tastes, and that’s never a bad thing. The lighting is found in the switch base, and the base is clear plastic, so the lighting comes up to the key caps and through the lettering, and also makes the bottom of the keyboard glow as well. This looks great if you have all the keys a single color, but if you are doing per-key lighting, they lighting mixes under the keys and can lead to some less than ideal coloring.

The new keyboard also has smoother keys. This makes them a bit slippery in use, and the matte texture of the GT80 Titan offers more grip on the keys. Keyboards, especially mechanical keyboards, often come down to personal taste, but the keyboard experience was not quite as good on the latest GT83VR Titan, and the lack of a wrist rest makes for a very tiring typing experience. With the GT80 Titan, a wrist rest was included in the box, but it doesn’t appear to be included anymore, meaning you really need to purchase one, and that’s not good. This combined with the slippery key caps degraded the experience.

The move to per-key backlighting also missed the mark, due to the color not being only directed through the key caps, and by the fact that the rest of the MSI lighting is not customizable, so even if you go with green keys, the LED stripe above the keyboard is still red, and the number pad is still red. It would be nice to have all of the lighting adjustable in case you don’t love red.

Since this is a desktop replacement system, you can access storage and RAM by removing the top plate, and the bottom comes off too to access more RAM and the cooling. 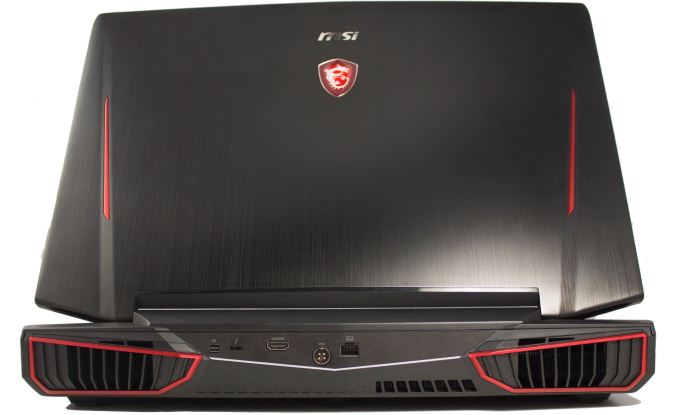 Overall, the design of the GT83VR Titan is just as good as the GT80 Titan, which means it has nice aluminum finishes on the top, and it’s easily serviceable. The new keyboard though may not be everything they hoped it would be, and it really needs to include a wrist rest in the box again.