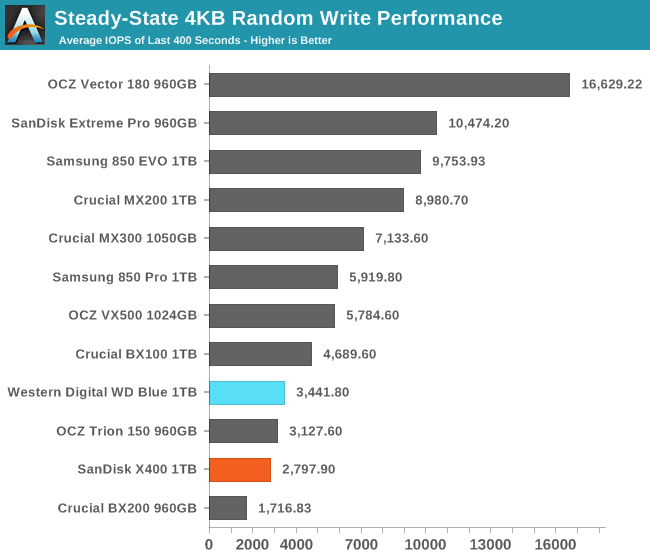 With a slight increase in out of the box overprovisioning, it is unsurprising to see the WD Blue improve on the SanDisk X400's steady-state random write performance. The WD Blue overtakes the OCZ Trion 150 as the fastest planar TLC NAND SSD, but doesn't catch up to the MLC or 3D TLC drives. 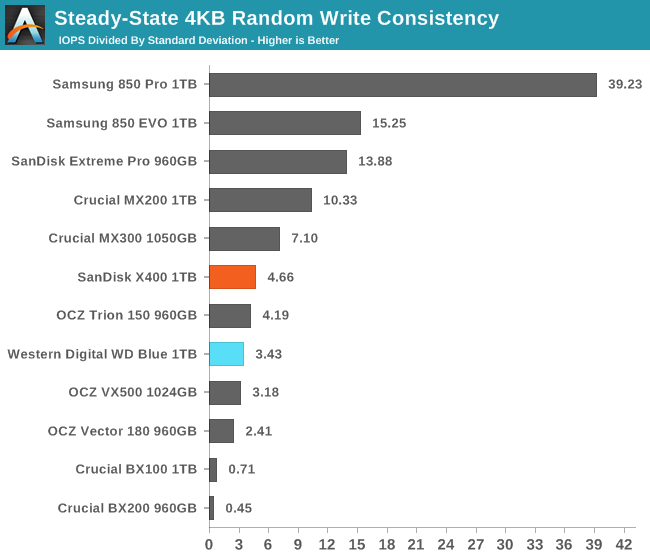 The WD Blue has slightly worse performance consistency than the X400, but not low enough to be cause for concern.

Before reaching steady state, the WD Blue hovers between 20k and 30k IOPS, a significant improvement over the X400. Several other competitors have higher peak performance, but are either less consistent during the early phase of the test or don't last as long before dropping to steady state.

Upon reaching steady state, the WD Blue varies from roughly 2500 IOPS to 5000 IOPS, with short bursts of slightly higher performance. With extra overprovisioning the base performance of the WD Blue doesn't change but the upper limit of its normal band of performance increases to around 10k IOPS and the peaks reach 25k.