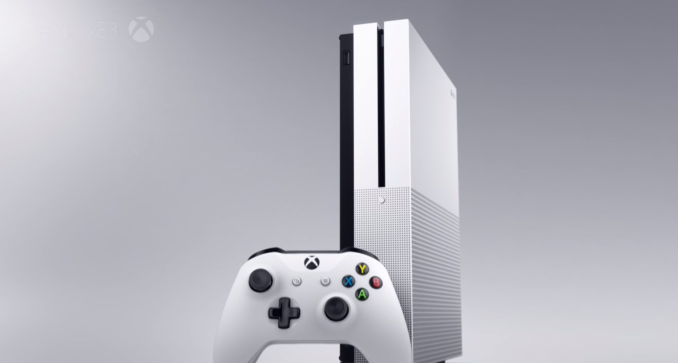 Today at the annual Electronic Entertainment Expo (E3), Microsoft has lifted the lid on their new Xbox One console design. The Xbox One is part of the eighth generation of consoles, and was originally released in November 2013. The new Xbox One S is assumed to have similar hardware inside, however the design is taking up 40% less volume. Typically when a device changes in volume this much, as with previous generations that have launched slimmer designs, inside there will be a processor on a smaller process node and optimized for power for the same performance. This allows a smaller more efficient design, and in this case Microsoft has integrated the power supply into the console, negating the need for a large power brick. 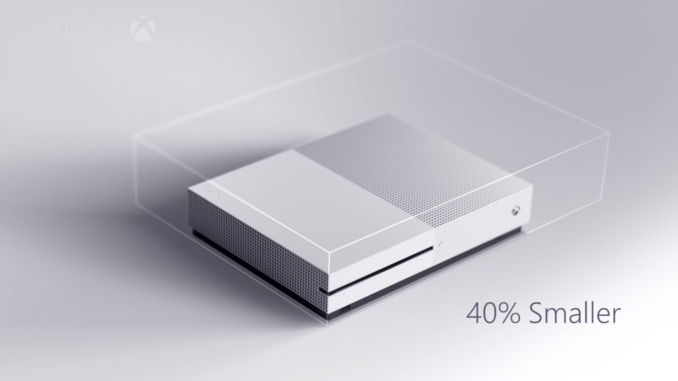 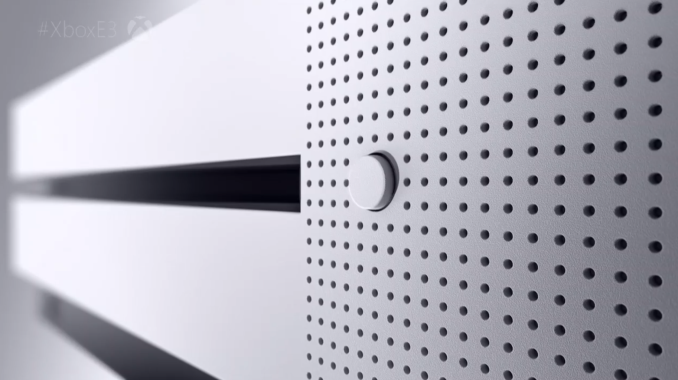 Other highlights for the launch include HDR and 4K output support, although it is unspecified if this is through HDMI 2.0 or DisplayPort. The main thing here is for streaming video from services such as Netflix, Amazon and Hulu rather than running games at 4K. Theoretically it also means that the video outputs can offer enough bandwidth for some of the virtual reality headsets on the market/coming to market. The new Xbox One S will support HDR as well, suggesting that it must also support HDMI 2.0a or DisplayPort 1.4. HDMI 2.0a is more likely, as DisplayPort which isn't part of the original Xbox design and would suggest that the SoC has been adjusted to support it. Though for consistency we would assume that the core GPU architecture is the same, and is more likely to be HDMI 2.0a. As mentioned by nathanddrews in the comments, HDMI 2.0a can't support 10-bit 4:4:4 chroma like DisplayPort 1.4, which is what we would expect on a PC-like interface, but it it does do 10-bit in 4:2:0 chroma, which is what we would expect for games and film. 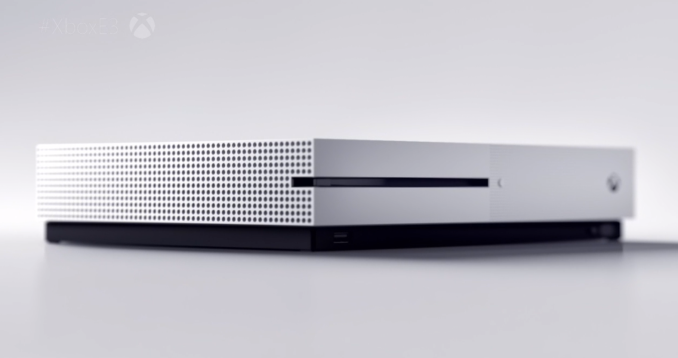 The controller for the Xbox One is also new, featuring a redesigned textured grip on the rear and what looks like at an attempt to improve the ergonomics. The Xbox One Elite Controller was released a while back at $150, but the new controller is designed to mimic the one originally released with the Xbox One. The new controller will be available for worldwide purchase for $60, and now supports Bluetooth for connection to PCs so that USB dongles are not needed. The controllers should still use WiFi Microsoft's proprietary wireless communication technology to Xbox One as standard, as these controllers need to work with the original Xbox One consoles. 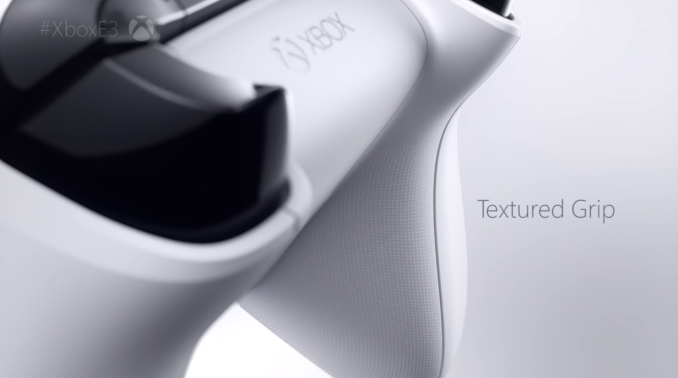 The Xbox One S can support up to 2 TB of a hard disk drive, suggesting that in the console space having more capacity (for games as well as downloaded shows) is more important than solid state storage. There will be 500GB and 1TB editions as the main set, with 2TB being a special launch edition. 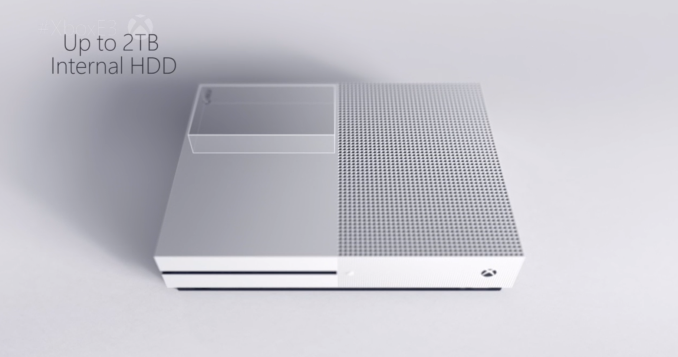 At $299, the One S comes in at the same price as the original Xbox One 500GB console with a one-game bundle when we compare prices on Amazon. In fact, checking the press release shows that $299 is the 500GB edition of the One S, a 1TB model at $349, and the 2TB Special Edition will be available in certain markets at $399 starting from early August. Additionally, the official Xbox One Vertical Stand will be on sale for $20. 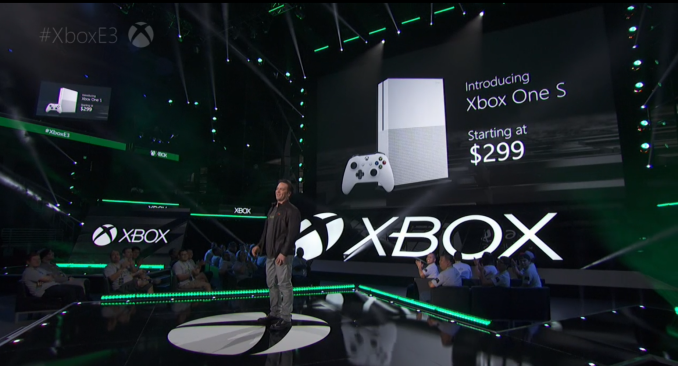 When it was first launched, the expected lifetime of a the console generation was around five to seven years, which means that we currently sit in the middle of that timeframe, and if a manufacturer was going to offer an updated model, this would be it. Updating a console design mid-generation is nothing new, we’ve seen it as far back as the original Playstation, however this generation has an additional issue: with everyone talking about VR, no-one is confident that the current generation of consoles is up to the task. So it will be interesting to see how the new Xbox One S will play in this space, now that the video output is up to the task.